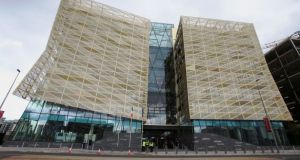 The Central Bank has not imposed a single sanction on vulture funds who do not comply with the code of conduct on mortgage arrears despite finding a “litany of breaches” of its terms, Fianna Fáil finance spokesman Michael McGrath has said.

He also told the Dáil there is nothing the Central Bank can do if a fund decides to tear up a loan arrangement if it does not like the alternative funding provisions put in place.

Mr McGrath said banks were selling off hundreds of home loans that are technically described as non-performing, but are “inherently good loans” because they are still being honoured by both lender and borrower.

He said provisions to enforce the code were “not written down” and there was no primary or secondary legislation signed by the Minister to make them enforceable.

There “cannot be any ambiguity” about enforceability, he stressed.

He said he had not seen “any data backing up the suggestion that there are a huge number of strategic defaulters out there”.

Mr McGrath was speaking during a private member’s motion by the Rural Independents group calling for the greater protections of mortgage holders and businesses whose loans have been transferred to vulture funds. The group said the code of conduct on mortgage arrears must be put on a legal mandatory footing.

The Cork South-Central TD also challenged claims by Minister for Finance Paschal Donohoe that, “where a loan is sold all the protections travel with the loan and the borrower is not disadvantaged in any whatsoever”.

Mr McGrath said the code provides that if the borrower has entered into an alternative funding arrangement and is cooperating with it then that arrangement must be honoured by the new loan owner.

The Fianna Fáil man said “that’s not written down anywhere”.

He also said it was “not on” that funds that bought loans were not obliged to come before the Oireachtas the way Irish banks did.

“I always get suspicious when businesses like that are afraid to be accountable and will not allow themselves to come before a public forum and address issues,” he said.

Introducing the debate Independent TD Michael Harty said vulture funds were buying debt to turn it into a quick profit and were working against the interests of Irish families.

Dr Harty said banks were allowed to sell distressed mortgages at a substantial write-down to vulture funds “who demand repayment, compulsory sale or repossession with no regard to the circumstances of the mortgage holder of their tenants, many of whom effectively become homeless”.

He said they become the responsibility of the State, “which has to house them in whatever accommodation is available or place them in emergency temporary accommodation to the detriment of the family and at great loss to the State. This makes no sense.”

Mr Donohoe expressed disappointment Dr Harty had not acknowledged that in the last number of years “we have seen the number of people in mortgage arrears nearly halved”.

More than 115,000 mortgage accounts had been restructured and the level of arrears “has dropped for 21 consecutive months,” he said.

But he said “we still have one of the highest rates of non-performing loans” in the EU and is “very, very high versus the European average”.

He added they had established Abhaile, which assisted more than 10,000 mortgage owners in distress. The Minister pointed out that 95 per cent of those who accessed financial arrangements have remained in their homes.

Those who are in difficulty need to be protected and to be treated fairly, he said.

He listed a range of legislation that had been implemented including the Consumer Protection (Regulation of Credit Servicing Firms) Act 2015, which the Government had worked on with Fianna Fáil.