€14 million boost for the horse and greyhound sector 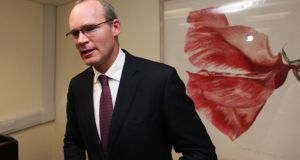 The Government is to provide €12 million for a farm-safety scheme as part of efforts to reduce the number of accidents.

Some 23 people, including five children, died in farm accidents this year up to the end of September, and Minister for Agriculture Simon Coveney said he hoped similar tragedies could be avoided by farmers investing in their farms to “de-risk their farmyards”.

The Minister also announced a €14 million increase in the horse and greyhound fund next year, which he described as an “extraordinary commitment” to the sector.

The €12 million farm-safety funding will be used to provided 40 per cent grant aid for safety measures including covers on slurry pits, the replacement of cracked or broken slats in sheds and “practical actions” including the provision of hand rails on farmyards.

Fianna Fáil agriculture spokesman Éamon Ó Cuív welcomed the farmyard-safety funding, and said that “if the measure results in a few lives being saved, it will be money well spent”.

He said he hoped it would be easy to access.