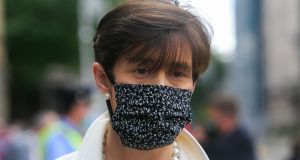 Minister for Education Norma Foley said the number of H1 grades awarded in the Leaving Certificate assessment would have been two or three times higher in some subjects without standardisation. Photograph: Gareth Chaney/Collins

The number of H1 grades awarded in the Leaving Certificate assessment would have been two or three times higher in some subjects without standardisation, Minister for Education Norma Foley has said.

She told the Dáil that would be “untenable” and would have created “considerable difficulty” for higher and further education.

Ms Foley also said independent data analysis showed that private non-recognised schools, largely made up of “grind schools”, overestimated their student marks to a greater extent than other categories of schools.

Some students had a lower percentage mark awarded following standardisation and “it is possible that many of the concerns being raised are based on what marks schools estimated for their students this year, rather than on the results attained in examinations across previous years.

“The standardisation process was applied to all schools in the same way - irrespective of whether the school was in the state system or not, or whether it was fee-charging or not.”

A comparison was done of students in fee charging schools in the State sector and in the private non- recognised sector, versus those in the non- fee charging sector.

Fee paying schools “still had scores that are higher than students in non-fee charging schools, even after standardisation,” she said.

Ms Foley was defending the standardisation process as Fianna Fáil colleagues Jim O’Callaghan and John Lahart said the “huge upset” of students who felt they had been treated unfairly should be acknowledged.

“It just had a huge impact on their lives,” Mr O’Callaghan said. Very many did not get the first course that they were seeking to obtain “but they didn’t even get the second third or fourth”.

Mr O’Callaghan said had they received the marks that their teacher originally gave them, they would be able to obtain their higher preference course choices.

The Dublin Bay South TD said the mother of one Leaving Certificate student was so concerned at how upset her son was about his marks that she could not leave him alone in the house. Such was the impact of the process, he said.

But the Minister insisted “it is not accurate to say students were downgraded or upgraded through the standardisation process.

“Rather, the grade that was awarded following the standardisation process is the grade for the 2020 leaving certificate calculated grade.”

“While teachers are familiar with their own tools they cannot be expected to have knowledge of standards, nationwide.”

The Minister acknowledged that it can be a very difficult time for everyone involved and said every year there are students who miss out.

“I would however encourage those students to explore the options available to them to achieve their goals and ambitions and I wish them well.”

She said the Leaving Certificate assessment was an extraordinary measure in unprecedented circumstances. It was subject to a high degree of oversight and “implementation has also been independently overseen by an independent steering committee.

“All information is fully transparent regarding the progress and oversight.”

1 Large crowds gather on Dublin’s Grafton Street on eve of lockdown
2 200 Irish retailers for all your online Christmas shopping
3 Coronavirus: Three further deaths and 1,066 cases reported in Republic
4 Galway nursing home sees 26 out of 28 residents test positive for Covid-19
5 Life under Level 5: Where can I go, who can I see, what is closed and what is open?
Real news has value SUBSCRIBE