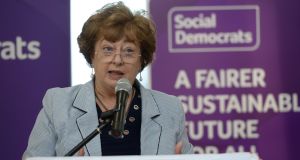 Public bodies have been urged to cease making use of unpaid interns after it emerged that more than half of all Government departments have operated unpaid internships within the past five years.

Nine out of 17 departments have confirmed they are either using or have used unpaid interns since August 2014, although one department said it had ceased offering unpaid internships earlier this year following consultation with the Workplace Relations Commission.

The information on the use of unpaid interns in Government departments is contained in a series of replies to a parliamentary question by Social Democrats co-leader Catherine Murphy, who has called on all public bodies to end the practice.

“At this year’s national conference, the party passed a motion to end the practice as we believe all interns should be paid,” said the Kildare North TD.

Minister for Culture Josepha Madigan said her department no longer facilitates unpaid internships and had stopped them following consultation with the WRC this year.

Ms Madigan said 17 students had worked as unpaid interns in the department since 2015 including three this year which were “to honour a prior commitment made in good faith”.

The Department of Rural and Community Affairs said public bodies were outside the scope of the current national internship programme.

The eight departments which said they had not made any use of unpaid interns were employment affairs and social protection, finance, public expenditure and reform, agriculture, rural and community affairs, health, defence, and the Department of the Taoiseach.

The Department of Communications, Climate Action and the Environment said it had offered a total of eight unpaid internships over the past five years including four in 2019 “to assist applicants gain work experience in their area and to further their skills in seeking employment”.

Minister for Education Joe McHugh said he and his junior minister Mary Mitchell O’Connor had facilitated interns in their Leinster House offices through a student placement programme.

Mr McHugh said the department had also provided six student work placements in its IT unit since 2015 as well as unpaid work placements to five people from the National Learning Network.

The Department of Housing said it had taken on three unpaid interns since 2014 to facilitate “their educational requirements”.

While it had no ongoing arrangement in place for unpaid internships, the department said it would consider each application on a “case by case” basis.

The Department of Children said it had facilitated six unpaid internships in the past five years but was not in a position to facilitate any now “due to lack of availability of accommodation”.

The Department of Foreign Affairs said it had an arrangement with two international colleges in the US and Poland where short-term placements of up to six weeks were offered on an unpaid basis.

It said 14 unpaid foreign interns had worked in the department since 2014.

The Department of Business said it used one unpaid intern from Fordham University in the US each year “to gain experience and contribute to the work of the Intellectual Property Unit”.

It said the arrangement was “beneficial to both parties”.

The Department of Justice confirmed it operated paid and unpaid “educational placements” as well as placements under the JobBridge scheme but did not have specific figures.

The Department of Employment Affairs said arrangements which may be described as internships, other than the JobBridge scheme which closed to new applicants in 2016, are not defined by Irish legislation.

“Whether or not a contract of employment is in place will depend on the individual circumstances of the internship,” the spokesperson said.

The department advised anyone with questions or complaints about the issue of internships to contact the WRC.