Keir Starmer, the Brexit spokesperson for the British Labour party, has lauded a decision from a Scottish appeal court ruling that Boris Johnson’s decision to suspend the UK parliament was unlawful. 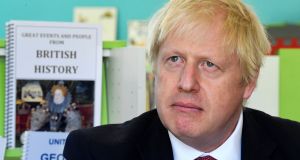 The Court of Session said the suspension was unlawful because “it had the purpose of stymying parliament” to avoid scrutiny of the prime minister’s Brexit policy.

“The Court will accordingly make an Order declaring that the Prime Minister’s advice to HM the Queen and the prorogation which followed thereon was unlawful and is thus null and of no effect,” the three judges said in a summary of their judgment.

The court said it would not order the immediate reopening of parliament because the supreme court in London is due to consider the issue next Tuesday.

The prime minister’s official spokesman made clear that parliament would be recalled if the supreme court upholds the Scottish judgment.

“We have absolute respect for the independence of the judiciary,” he said.

Answering vetted questions from the public in a 13 minute Facebook live event on Wednesday evening, Mr Johnson defended his government from the charge of authoritarianism. He said politicians had failed to fulfil the will of the people by delaying the UK’s withdrawal from the EU.

“What we’re trying to do is implement the result of the 2016 referendum, the largest democratic exercise ever conducted in the history of this country,” he said.

Quietly and peacefully I have gone back to sit in my usual spot in the House of Commons. No shouting or scuffles - just a quiet statement about our democracy. Boris Johnson’s prorogation of Parliament is unlawful. MPs should be here debating the national crisis. #recallparliament pic.twitter.com/nEFMIad5vr

Mr Johnson restated his demand that the backstop be removed from the withdrawal agreement and dismissed reports that he is seeking a Border solution based on an all-Ireland regulatory alignment.

The court found that internal government documents presented in evidence showed that, although the prime minister claimed that he was suspending parliament to allow the government to prepare is legislative agenda, that was not the “true reason” for his action.

Labour described the judgment as a “landmark ruling” and the party’s shadow Brexit secretary Sir Keir Starmer said it was remarkable that a court should find that the prime minister had not given the true reason for the suspension of parliament.

“For a court to say that the documents really point one way, that they undermine his case to a point where they have ruled him unlawful, that’s an incredibly powerful thing for them to have done,” he said.

At the Scottish appeal hearing, Judge Lord Carloway told the court: “We are of the opinion that the advice given by the government to her majesty the Queen to prorogue parliament was unlawful and that the prorogation itself was unlawful.”

He referred the matter to the supreme court for resolution. Campaigners said their understanding was that parliament can now reassemble if it so wishes.

Former Conservative attorney general Dominic Grieve said that if Mr Johnson is found to have misled the queen, he should resign.

A summary of the court opinion, published by the Scottish Courts and Tribunals Service, states: “The Inner House of the Court of Session has ruled that the Prime Minister’s advice to HM the Queen that the United Kingdom Parliament should be prorogued from a day between 9 and 12 September until 14 October was unlawful because it had the purpose of stymying parliament.”

It continues: “All three First Division judges have decided that the PM’s advice to the HM the Queen is justiciable, that it was motivated by the improper purpose of stymying Parliament and that it, and what has followed from it, is unlawful.”

It went on: “The Court will accordingly make an Order declaring that the Prime Minister’s advice to HM the Queen and the prorogation which followed thereon was unlawful and is thus null and of no effect.”

The supreme court has scheduled an emergency hearing on the Scottish case for September 17th.