NI Assembly election count: guide to why, where, when and how

Everything you need to know about the Assembly and the count, and how to follow it with ‘The Irish Times’ 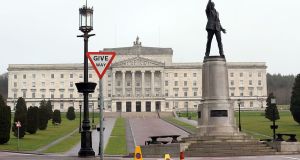 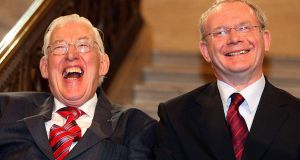 The Assembly was included in the terms of the Belfast Agreement, with the first election held on June 25th, 1998. It is the devolved legislature for Northern Ireland – debating matters and passing laws in areas such as health and education. It does not have control over many issues, such as foreign policy.

You didn’t dream it, it is just 10 months since the last Assembly election. The power-sharing government collapsed in January, after deputy first minister Martin McGuinness resigned. In the Northern Ireland Assembly, the government can only survive if it is supported by both nationalists and unionists – therefore the DUP could not simply carry on without Sinn Féin.

The DUP claims Sinn Féin collapsed Stormont in order to push a wider united Ireland republican agenda. Sinn Féin points to various differences with the DUP – including on the Irish language, same sex-marriage and, of course, Brexit. The main issue, however, was the crisis over the Renewable Heat Incentive (RHI).

Better known as “cash for ash”, the Renewable Heat Incentive Scheme was set up in 2012, and run by the Department of Enterprise, Trade and Investment. The department’s minister at the time was Arlene Foster – now leader of the DUP. Part of the scheme was designed to encourage firms, businesses and farmers to switch from fossil-fuel heating to biomass systems such as wood-burning boilers.

However . . . there was no limit on usage, and subsidies were over-generous – for every £1 that users spent on their green heating systems, they got back £1.60 in subsidies. In one instance, a farmer apparently stood to make £1 million for heating an empty shed.

There are 90 seats up for grabs, a reduction of 18 seats from the outgoing Assembly. Northern Ireland is divided into 18 constituencies – the same areas that elected 18 MPs to Westminster in 2015.

Last year, six candidates were elected from each constituency.

However, as a result of reforms agreed in the Stormont Fresh Start Agreement (November 2015) and subsequently passed into law in the Assembly Members (Reduction of Numbers) Act, the number of MLAs has been reduced by one in each constituency.

The 90 members of the Assembly are elected using the Single Transferable Vote (STV) system, familiar to voters south of the Border. After ballot boxes were opened on Friday morning, the first step was to work out the “quota”, which decides how many votes a candidate needs to be elected (divide the number of valid voting papers cast by the number of seats to be filled, and then add one).

While MLAs who scraped in last year will be nervous due to the sixth seat being removed from each constituency, some politicians who romped home on the first count in 2016 will find themselves keenly watching later counts this time, as the quotas are higher (especially as turnout is also higher this time).

We will, as ever, bring you the latest news – from each constituency, as well as the overall picture, reaction from politicians and analysis from Irish Times staff. A live blog on Friday and Saturday will carry the latest results (and rumours) from each of the count centres.

And you can also use our mini-site – Assembly Election 2017 – to easily navigate all the Assembly coverage. As candidates turn into MLAs, our Assembly Results Hub displays the winners.

The voting is over, it's time to count the votes. The ballot boxes were opened on Friday morning in eight count centres.

Bangor (Strangford and North Down);

Lisburn (Lagan Valley and South Down);

If everything goes according to plan (and when does it?), we should know all 90 elected MLAs some time on Saturday afternoon.

There was much criticism after the 2011 election because of the snail-like pace of the count. Many constituencies did not announce a first count until late on the first day of counting. A subsequent report by the NI Electoral Commission blamed poor organisation and staff not turning up (at one count centre 45 failed to show).

In comparison, last year’s election was positively frantic – almost half the 108 seats were filled on the first day, and 17 of the 18 constituencies were done and dusted early the following afternoon. There’s always one, though, and Upper Bann made us wait for hours until finally calling all six seats on the Saturday evening.

Presumably, less seats to fill this time will result in quicker declarations. But, experience tells us that may well be wishful thinking.

The results of the 2016 election were:

UUP 16 (no change from the 2011 election – however, by early 2016, the party had lost three MLAs for various reasons, and so they gained three in the election).

Also, the outgoing Assembly consisted of two representatives of People Before Profit, two members of the Green Party, one TUV politician and one Independent.

There are several other parties fielding candidates – including the Progressive Unionist Party), Cross-Community Labour Alternative, Workers’ Party, Ukip and Citizens Independent Social Thought Alliance – though, in truth, it would be a surprise if any of them emerge with a MLA at the weekend.

The likelihood is, that when it comes to forming an executive after the election, the usual suspects will be in the frame.

A “first minister” and “deputy first minister” are elected to lead the executive committee of ministers. The two must stand for election jointly and must have cross-community support by the parallel consent formula (which means a majority of MLAs who have designated themselves nationalists, and those who have designated themselves unionists, and a majority of the whole Assembly, must all be in favour).

In theory, the first minister and deputy first minister are of equal rank. In reality, the words “first” and “deputy first” means there is major significance attached to the offices – and the DUP have made a big play during the election campaign of warning its supporters that staying at home or changing their vote could put Sinn Féin, literally, into “first” place.

Ideally, the main unionist and nationalist parties (presumably the DUP and Sinn Féin) will sort out their differences, get together and form a new government.

No one is expecting that to happen easily.

If, after three weeks no agreement has been reached to appoint an executive of ministers, there could be another election.

Seriously, it could happen.

Minister for Foreign Affairs Charlie Flanagan and Secretary of State for Northern Ireland James Brokenshire may well end up having to take a hands-on approach to Northern Ireland politics after the election – with perhaps the threat of direct rule from London or some sort of joint Republic-UK authority proving the biggest motivating factor to form a functioning Stormont.

Time, and ballot papers, will tell.