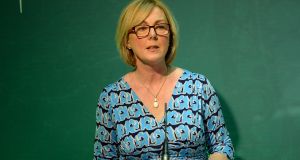 The Government plans to introduce two weeks’ paid parental leave in this year’s budget and will aim to increase it every year for the next number of years.

Ministers have also agreed a longer time period in which parents can avail of the leave, and are considering measures to force fathers to take time off after a child’s birth.

The Cabinet sub-committee on social policy, chaired by Taoiseach Leo Varadkar and attended by 10 Cabinet Ministers, considered the issue at a meeting last week.

Instead there will be a focus on introducing a paid parental scheme, which would be available to both parents and would reach 18 weeks over a period of time.

Ireland is one of only six EU countries where employers are not obliged to pay workers if they take parental leave. It is currently at the discretion of the employer.

Parents can currently avail of over four months (18 weeks) unpaid parental leave before the child is eight years old.

Ministers also agreed to examine increasing the time period in which this benefit can be accessed to 12 years old.

A Government source said it was the intention of Mr Varadkar and Minister for Social Protection Regina Doherty that this year’s budget should provide a clear roadmap for the introduction of the payment.

“We will be aiming to act this year and then increase it by two weeks every year, economy-dependent,” the source added.

The sub-committee was also informed it may be necessary to make paternity benefit mandatory for fathers.

The benefit, worth €235 per week, is available for a fortnight and can be taken up to 26 weeks following the birth of a child.

The Irish Times understands Ministers were informed at the meeting there is a 62 per cent take-up rate but were informed some parents were using it “to go play golf” rather than what it was provided for.

A Government source said: “In order for it to assist how the Government addresses the gender pay gap, men need to take their paternity leave. Sixty-two per cent is not a critical mass, it needs to be much higher.

“International experience shows men have to be made take the paternity leave. Men are taking it here but using it to go play golf.”

Ms Doherty had previously stated she was not in favour of making paternity leave mandatory, and her department ran a campaign to encourage more fathers to take it.

However, it is understood Ms Doherty told the meeting that while the 62 per cent take-up rate “was not bad for a full year cycle”, Ireland should follow the lead of Finland and Norway and make the payment mandatory.

Ministers had discussed increasing the benefit to four weeks and increasing maternity leave to 28 weeks.

Ministers were advised the money available should be directed towards introducing parental leave here and complying with the directive.

The Taoiseach, Ms Doherty and Minister for Justice Charlie Flanagan are all understood to have expressed their view that the budget offered the perfect opportunity to outline a roadmap of how and when it will be introduced.

The meeting was informed of some complications in introducing the scheme this year, including the necessary establishment of a new IT system.

Similar difficulties arose with Minister for Children Katherine Zappone’s plan to launch an affordable childcare system. It was delayed due to difficulties in establishing an adequate IT system.

It is understood last week’s meeting agreed Ms Doherty should examine appointing an external IT company to develop the system.

Mr Varadkar had made the introduction of parental leave a key issue during his election campaign for Fine Gael leader.

Donegal garda ‘shocked’ at spike in drink- and drug-driving during lockdown 02:33
Covid trauma expected to increase demand for mental health services 02:10
Travel rules unlikely to include mandatory quarantine or cancelled flights 00:25
Warnings over theft and scams after fourfold rise in puppy prices 00:01
Dessie O’Hare to appeal sentence for falsely imprisoning family in Dublin 23:17

1 Travel rules unlikely to include mandatory quarantine or cancelled flights
2 California shuts down again as US coronavirus cases surge
3 US passengers fly into Dublin: ‘I’m here for six days. I guess I’ll have to stay inside’
4 Covid-19: 200 to 250 people arriving in Ireland from US daily - Coveney
5 Girl was sexually abused from age six by three older brothers, court told
Real news has value SUBSCRIBE