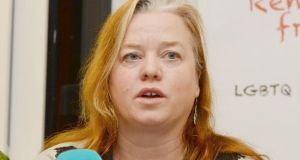 Victims of rape have reported an unwillingness to take their case to court in the wake of the Belfast rugby trial, the Rape Crisis Network has said.

Cliona Sadlier, executive director of the organisation, told The Irish Times the outcome of the trial last week had resulted in an increase in phone calls.

Ulster and Ireland rugby players Paddy Jackson and Stuart Olding were last week acquitted by a jury of raping a then 19-year-old Belfast student in the early hours of June 28th 2016.

Their friend Blane McIlroy was found not guilty of exposure and a fourth man, Rory Harrison,was acquitted of withholding information during the investigation.

Ms Sadlier said many of their counsellors across the country reported a spike in contact over the course of the case but most particularly when the result became known.

“It was clear from the reports we received that many women felt they would not put themselves through a court trial.

“There were a few people who were new to the centres, who said they had been raped but would never take it to court after observing the recent court case.

“They came to us looking for support but nothing more. It has had a chilling effect on many victims.”

All four men involved in the case were acquitted of all charges. A number of protests have taken place across the country in response to the verdict and the manner in which the trial was conducted.

Margaret Martin of Women’s Aid said many of those who had contacted their organisation reported feeling re-traumatised by the story and the commentary that followed.

It had highlighted the difficulties in pursuing a case, which Ms Martin described as a “daunting task” that requires a lot of “bravery and courage”.

However, Ms Martin said this had sparked a welcome conversation on sex, consent and particularly consent within a relationship.