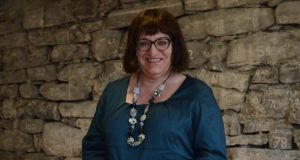 Perhaps it was a sign of the times, but Leo Varadkar’s outing on RTÉ Radio made only a modest splash in the world’s media. English-language media outlets from The Guardian to the New York Times carried reports, as did the online edition of US gay magazine The Advocate.

In mainland Europe, where gay ministers are no longer unusual, only a handful of media organisations noted Mr Varadkar’s announcement.

Ireland’s ambitious Minister for Health knows that to join the avant garde, he needs to be elected Ireland’s first gay prime minister. The world’s first openly gay head of government was Iceland’s Jóhanna Sigurdardottir, elected in 2009. After a banking crisis that shook the nation, having a lesbian leader was bigger news beyond Iceland’s borders than at home.

Ms Sigurdardottir had two children from her first marriage before entering a civil partnership in 2002. The couple married formally in 2010 and the Social Democrat prime minister retired from politics in 2013, ending a political career that began in 1978.

On Monday two Flemish dailies – De Standaard and Nieuwsblad – carried a clip of Mr Varadkar’s radio interview on their websites while France’s Le Soir called it a “premiere for Ireland”.

Poland’s leading Gazeta Wyborcza said the announcement was “further proof of the dwindling influence of the church in traditionally Catholic Ireland”. Four years ago Krakow voters elected their first transexual MP, Anna Grodzka from the opposition progressive Palikot Movement, a year after she underwent gender reassignment.

In Germany, the influential Spiegel Online noted Mr Varadkar’s announcement saying that “in many countries it would only be a news brief, but in Catholic Ireland it is headline news”.

Berlin’s recently departed mayor Klaus Wowereit came out in 2001, telling a conference of his Social Democratic Party (SPD): “I’m gay and that’s a good thing.” His announcement made him Germany’s first openly gay politician – and front-page news. He was soon followed by Hamburg mayor, Ole von Beust. Guido Westerwelle, then head of the opposition Free Democrats and later foreign minister under Angela Merkel, upstaged the German leader in 2004 by bringing his partner to her 50th birthday party.

By comparison, little attention was paid to the 2013 appointment of a lesbian environment minister, Barbara Hendricks. She came out quietly a few weeks later, telling a regional newspaper she would be spending New Year’s eve with her partner.

The last politician to come out in Europe was of Latvia’s foreign minister Edgars Rinkevics tweeted in November: “I proudly announce I’am gay. Good luck all of you.”

In France, Socialist mayor of Paris Bertrand Delanoë was the country’s best-known gay politician until he left office last April. In December, Closer magazine outed Florian Philippot, a member of the far-right Front National and close adviser to leader Marine Le Pen. Mr Philippot has vowed to sue the magazine after it published pictures of him with his journalist boyfriend in Vienna.

The revelation sparked a battle within the FN over alleged undue influence of homosexuals on Ms le Pen. France has had other gay politicians in the recent past who chose not to out themselves, according to well-placed sources. They include a prominent conservative prime minister and former socialist minister.

Luxembourg followed Iceland and Belgium in October 2013 with a gay prime minister. Xavier Bettel, of the centrist Democratic Party, said he checked with his partner before deciding to take office. “He said supported me . . . if he had said no, I would have had to think whether I could accept it or not,” said Mr Bettel. “I didn’t want to break up a relationship. We’re a team for good times and bad.”

Mr Bettel said times had changed since he entered politics in the late 1990s, when a female politician “once said I was more lady than her”. Though he has never hidden his sexuality, he said he understood politicians who choose to do so. “Everyone has to be okay with their own situation,” he said. “If you are losing friends because of your sexuality then they are not your friends.”

Gay politicians are no longer exceptional in British politics. Labour’s Chris Smith became the first MP to come out in office in 1984. Ben Bradshaw, a Blair-era junior minister, became the first out gay man to be elected.

Current gay members of the Labour shadow cabinet are Chris Bryant in arts and Angela Eagle, once junior home office minister and now shadow commons leader. She came out as one of Britain’s first lesbian politicians in 1997. Guy Black is the first openly gay Tory in the House of Lords.