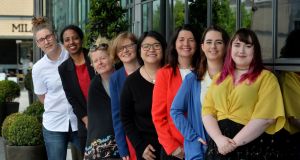 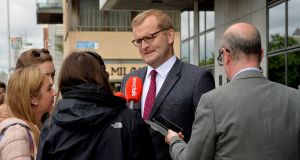 Why does a lower proportion of women get elected than stand for election? That was a key question posed at a meeting held in Dublin to discuss the barriers facing women entering politics, in the wake of the recent local elections.

The Minister for Local Government and Electoral Reform, John Paul Phelan, who addressed the meeting, highlighted a “mismatch” between the number of women who put themselves forward for local election (28 per cent of all candidates) and those who were elected (23.7 per cent).

He said he was keen to talk to the people who weren’t elected to determine if causes of this discrepancy lie within parties or relate to certain areas of the country. “I am absolutely open to any suggestions about new ways of bringing in more diversity,” he said.

New female councillors, and women candidates who were not elected had gathered to discuss the barriers women face in entering politics. The event run by the National Women’s Council of Ireland marked 120 years of women being able to vote and run in local elections.

The Fine Gael Minister said his party is making a “very conscious effort” to increase the number of female candidates it runs and said it was unacceptable for parties which are running multiple candidates in an electoral area not to include a woman. He added that, while he is “not averse” to gender quotas in local elections, he believes they are only effective if sanctions can be imposed on parties which don’t meet the requirements.

There were 225 women elected as councillors during the local elections in May. They represent 24 per cent of total council seats in the republic, a six per cent increase on the 2014 local elections.

Hazel Chu, a newly-elected Green councillor pointed to the obstruction motherhood poses for women wanting to run for election. The Dublin City politician described the difficulties of campaigning while suffering from postnatal depression and also having to bring her one-year-old daughter with her as she knocked on doors. “I don’t just think there is not enough support for mothers going into politics, there is not enough support for mothers full stop,” she said to applause from the mostly-female audience.

Fingal’s first Indian-born councillor, Punam Rane, said there was lack of women at “leadership levels”. “Women will create more opportunities to help other women from up there,” she said, adding: “There are no real barriers. It is about yourself.”

Having worked at senior level for multinational companies in Dublin and co-founded a consultancy and technology organisation, she identified education as the key to opening doors. The Fine Gael councillor for Blanchardstown-Mulhuddart ward, said today’s business organisations “do value women”, but mothers must fight to stay in work and progress up the career ladder once they have children.

Sinn Féin’s Grace McManus decided to throw her hat into the ring when she realised all eight councillors in Bray were men. She said: “How can I live by my words if I am not willing to put myself out there?” She is among five women who were elected to sit on Bray’s council, meaning women now outnumber men there.

For Annie Hoey, a new Labour councillor, her journey to the Meath County Council chamber began with someone asking her to run. “Someone still had to sit me down and say I think you would be good at this,” she recalled, adding: “It is not enough just to ask women to run, you have to support them as well.”