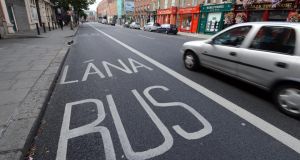 “There is absolutely no doubt that class perceptions are holding back public transport usage in Ireland,” said Alan Kelly, Minister of State for Public and Commuter Transport. Photograph: Eric Luke

One of the biggest impediments to the growth of public transport in Ireland is the slightly snobbish attitude of the middle classes to commuting by bus, the Minister in charge of this sector has asserted.

Alan Kelly, Minister of State for Public and Commuter Transport, has said class perceptions have played a part in stymying growth in this area.

“Some people believe public transport is something that other social classes use and do not see it as the ‘middle class’ thing to do. This is especially true for bus transport.

“There is absolutely no doubt that class perceptions are holding back public transport usage in Ireland. People’s negative impressions can be very strong and deeply ingrained, but they have to be tackled and ultimately changed.”

In an interview with The Irish Times, Mr Kelly said what he described as the phenomenal success of the Luas and the Leap card, as well as new technologies, would help change those perceptions.

These include electronic signage at bus stops letting commuters know when the next bus would arrive, new apps for smart phones giving real-time information, as well as the provision of wifi on board all intercity buses.

“It is all about trying to generate a more positive transport experience, and that is what we have prioritised as a Government,” said Mr Kelly.

As the second anniversary of the integrated electronic Leap card falls today, Mr Kelly has described Leap – which can be used for Luas, bus, DART and train journeys – as a phenomenal success and part of a transformation in public transport in Ireland.

Some 380,000 cards have been issued so far encompassing more than 31 million passenger journeys, with over €60 million paid for fares through Leap.

Mr Kelly pointed to a marked modal shift - changing from one form of transport to another - as well as a significant public change of attitude to public and sustainable transport in recent years.

Mr Kelly, a Labour TD for Tipperary, has said there is no doubt that class perceptions are holding back public transport usage.

As well as technological advances that have made public transport much more attractive to consumers, Mr Kelly also said the huge success of the Dublin bikes scheme made it an imperative for it to be introduced throughout the country.

“Many people did not think it was possible to extend the bike scheme outside Dublin and I did not have funding to expand it. But we did a roadshow and Coke Zero came on board, and now we are in the process of getting bike schemes for Cork, Limerick and Galway.

“The popularity of cycling has absolutely gone through the roof. It’s been a very exciting time to be Minister. The success of the Mayo Greenway has meant the demand is enormous for similar routes to be created all over the country. They are huge tourism drivers and create a dynamic.

“At the moment we are assessing funding applications and we also have the whole interurban routes that will make cities linkable by bikes, as well as continuous improvement of infrastructure for cyclists within urban areas.”