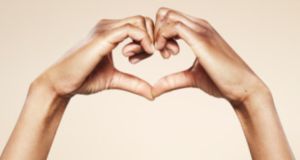 As we sat there in the dark theatre in Dublin’s Liberty Hall, they were counting the votes in the referendum on same-sex marriage down the road in the RDS.

Despite the robust efforts and robust funding of the No campaign, Ireland had said Yes to equality and Yes to love.

The campaign for same-sex marriage had been measurably successful. When the battle was won, Ireland could cry and Ireland could hug and Ireland was right to wallow in the feeling because equality and love had triumphed.

We should remember that feeling, because it will be a guide and inspiration for the battle still to be won. The battle for us all to be equal citizens.

US feminist Katha Pollitt wrote a piece for The Nation recently about the cross-over between the campaign for marriage equality and the campaign for abortion rights. Why is one winning and the other losing? she asked.

It is a good question.

Love and equality. Like a horse and carriage, the two are inextricable.

Campaigners for marriage equality realised this. They made love their central message and Ireland heard.

In her piece in The Nation, Pollitt wrote: “Marriage equality is a wonderful thing, an important civil right that brings dignity to a previously excluded group. Over time, it may subtly affect the gender conventions of straight marriage.” Reproductive rights are “inescapably connected to the larger project of feminism,” Pollitt wrote.

Feminism has already destabilised every area of life “from the bedroom to the boardroom. What might women demand, what might they accomplish, how might they choose to live, if every woman had children only when and if she wanted them?”

Pollitt’s opinion was formed in the US, where unremitting attacks on women’s reproductive rights are a sign of its times. Her posturings were not intended for Saturday, May 23rd’s wonderful day of celebration in Ireland. Yet in juxtaposing the fight for Marriage Equality and the struggle for reproductive justice, there is a point to be made.

It is a fact that reproductive rights must include abortion - and abortion is a very hard sell.

But if Ireland actually loves women it will stop waving almost 4,000 of us off at its airports and ferry ports every single year as we head off, bag and clean pair of knickers in hand, to travel to another country where we can have the abortion we want to have.

If Ireland loves women, it will stop equating us (in all our complicated, bloody glory) with a fertilised egg.

If Ireland loves women, it will bin rules that mean that we have to summon groups of clinicians to judge the sincerity of our plea to legally end our pregnancy - or our life.

If Ireland loves women, it will ditch the new law that means a woman can be put in prison for 14 years for having an abortion in this State.

If Ireland loves women, it will ditch that same law which means the partner or friend of that woman can be put in prison for seven years for helping her to have that abortion.

Trust and respect and love are equality.

It is hard to strip the emotion from the end of that pregnancy. But it is no one’s concern - except the woman who is pregnant.

It is her choice in most countries in the world. It is not her choice in Ireland. Here, it is all our choices. It is the State’s decision what a woman does with her body because Ireland has listed a woman’s bodily choices in our Constitution and in our laws.

We can give her the vote. We can pay her (a diminished sum) for her work. We can elect her President. But we cannot give her any choices about what to do with her body.

So this is the work ahead of us all.

There is much to be learned from the wonderful champions of marriage equality. Campaigners for reproductive rights need to ask them in and listen to what they have learned.

Because they have won. They have won over hard hearts and closed minds. They have put real emotion and real people at the heart of their cause. They have told stories and made people make the connection.

Ostensibly, giving women in Ireland reproductive choices is about our mothers, sisters, daughters, and grand-daughters, but if Ireland is ever to let women choose, it is actually about everybody. No one gets pregnant on their own and no one gets unpregnant on their own. We are all in this one together. Team Ireland has another match to tog out for.

This is about everyone because, as the referendum showed, we love everyone.

The eighth amendment to the Constitution is the first obstacle. It needs to go.

Tánaiste Joan Burton has said that she had opposed the amendment and is still opposed to it. It doesn’t serve women well “when issues of their life, their safety and their health are in question,” she told reporters last December.

Kathleen Lynch, Minister for State in the Department of Health, and another Labour Party member, said recently that “repeal of the Eighth Amendment is very do-able”. And Minister for Children and Youth Affairs Dr James Reilly said last week that the eighth amendment should be repealed to allow for terminations in cases of fatal foetal abnormalities.

If they are generous enough to talk about the campaign for equality, the marriage equality champions will now be a huge asset.

They got Ireland to say Yes to love. Yes to equality. And we said it loudly.

Anthea McTeirnan is a former chairwoman of the Irish Family Planning Asscociation and an Irish Times journalist. This is an edited version of an address given at the Countess Markievicz school on Saturday, May 23rd, 2015. This is an expanded version of the article published earlier.