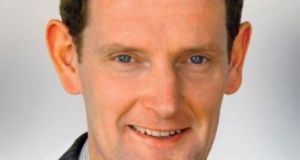 Louth County Councillor Colm Markey will replace Mairead McGuinness as Fine Gael MEP for the Midlands–North-West constituency following her nomination to the post of European Commissioner.

Mr Markey has over a decade’s experience in local Government, first being elected to represent Ardee in 2009.

A dairy farmer by trade, he had an unsuccessful run for the Seanad on the Agricultural panel in 2011, but has retained his seat at subsequent local elections, serving as chairman of the county council for a year from June 2017. He maintains the family farmer at Togher, with the help of a farm manager.

He has been both Vice-President and National President of Macra na Feirme, during which time he travelled to Brussels and dealt with the Commission and other European bodies.

He has promised to make Brexit and the Common Agricultural Policy a focus of his time in Brussels. He paid tribute to Ms McGuinness on Tuesday, telling RTÉ radio his Fine Gael colleague is an “excellent candidate” for the role of Commissioner, adding that “her knowledge in Europe is exceptional, I’m sure she will do a wonderful job”.

As an MEP, he will be paid a salary after EU tax and insurance contributions of €6,962.95 per month. There are also a wide range of expenses and benefits available to members, including a daily allowance when in Brussels or Strasbourg of €323 a day, and a general flat-rate allowance for office rental and other management costs of €4,563 a month.

He and his partner, a teacher, have two young children.