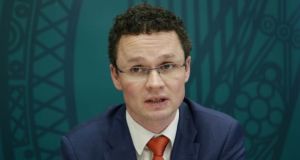 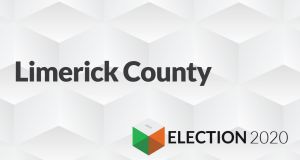 Séighin O’Ceallaigh had threatened to make it a truly historic general election for Sinn Féin in Limerick by winning a second seat for the party, in the Limerick County constituency.

In the end, it was the silks of Independent first-time Dáil candidate Richard O’Donoghue who rode passed the post ahead of Mr O’Ceallaigh early on Monday morning at the Limerick Racecourse count centre to take the third and final seat.

Earlier in what was a hotly contested race, Niall Collins (Fianna Fáil) topping the poll, and Patrick O’Donovan (Fine Gael) retained their seats.

However the real drama unfolded when Mr O’Ceallaigh, who had lost his seat on Limerick City and County Council last May, and O’Donoghue, ran neck and neck throughout Sunday.

At one stage there were just nine votes between them.

Fine Gael suffered another big casualty to the Sinn Féin tsunami in Tom Neville who lost the seat he won in 2016 after replacing his father Dan on the party’s ticket following his retirement.

Dan Neville had fought for ten years to secure a Dáil seat for Fine Gael, in what was the old Limerick West constituency, and continued to hold it in his own name until Tom retained it.

Speaking late Sunday night Tom Neville said he planned to “fight another day” but acknowledged he had joined “a lot of Fine Gael back-benchers” “caught-up” in the “Sinn Féin surge”.