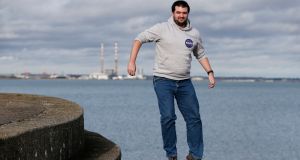 Patrick Noonan: after he lost his job in a tech company he decided to run for election as an Independent candidate. He is using his campaign to highlight the looming threat of job automation. Photograph: Crispin Rodwell for the Irish Times 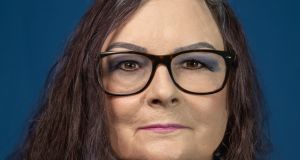 Topanga Bird: ‘Who is the go-to guy for campaign material? Who is the printer who will give you a good price?’

Topanga Bird grew up in Chicago, as the daughter of Irish immigrants. Two years ago, she moved to Ireland and put down roots in Dundalk. After spending much of her life working in politics, she decided to run in the general election as an independent and the face of Nua Eite/New Wing, which she describes as a “people power political project” in favour of government decentralisation.

Bird is funding her own campaign. She is not using posters, instead relying on social media and ads in the local newspapers. “I am getting out as much as I can,” she adds. “My campaign vehicle is two magnetic stickers on the side of my Hyundai. I drive through the city centre and I wave from the driver’s seat and people go, ‘Oh there’s another one of those candidates’.”

There are 15 candidates vying for five seats in Louth. One bookmaker has Bird at 33/1 to claim a seat.

“I understand that I am facing enormous odds,” she says. “But I believe I have a really unique platform that will resonate with people.”

Bird is one of dozens of Independent candidates contesting the forthcoming general election. Many of them are doing so without any significant public profile or financial backing. They are ordinary people who feel compelled to run despite the massive uphill battle they face to win votes, not to mention retain their €500 deposit.

What is it like to run in an election when it seems the only person backing you is yourself?

Bird says candidates from outside the party system are disadvantaged, pointing to the “lack of monetary support” and “lack of people support” they face during a campaign.

Moreover, she says it is difficult for non-party candidates to even figure out things like getting on the ballot in the first place.

“What I find the most daunting is the lack of institutional knowledge. How do you do this? For example, up where I am, the electors’ office is in a different office to the county council. You go into the county council and you say, ‘Hi, I want to run for office’ and they’re like, ‘Okay, where do we send you?’.”

“It’s the institutional challenge. Who is the go-to guy for campaign material? Who is the printer who will give you a good price? Who is the guy who will print the posters and hire the guy to put them up?”

In Dublin West, Stephen O’Loughlin is doing everything himself. “I am ordering my leaflets, paying for them, and folding them because I can’t afford a folding machine,” he says.

A community activist, O’Loughlin is running to be “a voice for ordinary people” and was motivated to run because of inequalities in housing and healthcare.

“I am working class, I am gay and I am dyslexic,” he notes. “I have empathy and a social conscience. I have a lot of empathy for people who are in terrible situations through no fault of their own.”

He says voters are looking for alternatives and he believes Independent candidates can be agents for change.

“I think we can change the system,” he says. “The system has been changed before. Just because something is the way it is doesn’t mean it can changed. It means you need people who can make the change.”

“They [political opponents] have many years on me, but I’m starting to build a profile and a name myself,” he says. “If you’re not in, you can’t win. In for a penny, in for a pound.”

Over in Dublin Rathdown, Patrick Noonan is one of 11 candidates standing for election. At the end of last year, Noonan was working with a tech start-up as head of product. Within six weeks, investors pulled their funding and the company abruptly closed. With a general election on the horizon, Noonan decided to postpone finding a new job and run for election instead. He crowdfunded his deposit online and now he’s on the ballot.

This, despite the fact he has no previous experience in politics and is a self-described introvert. “You wouldn’t look at me and say, ‘He’s a politician’,” he says.

Inspired by US presidential candidate Andrew Yang, Noonan is using his campaign to highlight the looming threat of job automation after a UCC study warned that as many as 40 per cent of Irish jobs were at risk of being automated. To address this, he is proposing the introduction of a universal basic income of €900 a month.

He acknowledges that these are big ideas for an independent to be championing, but says they can be more effectively communicated by candidates like him.

“To talk about new ideas and push new solutions, you could go through party politics and it would take years to get a line in a manifesto somewhere,” he says. “So if you want to actually talk about something new and urgent, being an Independent is better because I can outline my ideas and the problems as I see them and talk to people about them.”

What is he hoping for on February 8th?