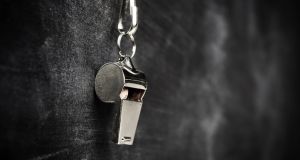 A major internal inquiry involving several departments inside the joint local authority is under way examining the claims.

Limerick City and County Council is investigating whistleblower claims of fraud and misappropriation of council funds over a long number of years.

A major internal inquiry involving several departments inside the joint local authority is under way examining the claims.

It is alleged substantial funds were used to pay for personal presents for at least one individual.

The council is examining whether others benefited in kind or if anyone else was aware of the alleged fraud.

The investigation involves an internal audit of the council’s financial accounts.

The whistleblower’s allegations were raised as part of a recent protected disclosure submitted to the council through a solicitor.

The council executive was not aware of the alleged malpractice and the claims have come as a shock, sources said.

“They are looking deep, and digging into the allegations. There are internal audits which you would trust would find something wrong if there was something wrong, but these are allegations and they must be investigated,” the source added.

When asked for a response, a council spokesperson said: “Limerick City and County Council does not comment on individual HR issues.”

A Garda spokesman said they were not aware of the allegations.