Landmark deal could seal about 5,000 US visas a year 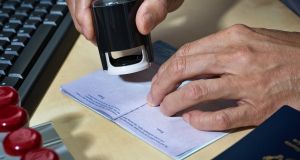 About 10,500 E3 visas are available to Australian citizens each year, but only about half of the visas are taken up. Photograph: YinYang/iStock

The Government is close to a landmark visa deal with the US which could allow thousands of Irish people to live and work there.

In a significant development, a Bill has been introduced to Congress by Massachusetts Democrat Richard Neal and Wisconsin Republican Jim Sensenbrenner.

A vote could take place on the House floor as early as next week when Congress reconvenes after the midterm elections, though the Bill must ultimately gain Senate support also, where it needs unanimous consent.

Under the proposed legislation Irish citizens would become eligible for the E3 visa – a visa currently open only to Australian citizens.

What do you think of the proposed visa deal for Irish workers in America?

About 10,500 E3 visas are available to Australian citizens each year, but only about half of the visas are taken up. Under new legislation being drafted by the US department of homeland security, Irish citizens would be eligible to apply for any visas not used in the allocation. This could equate to about 4,000-5,000 visas per year.

The Government’s special envoy to the US, John Deasy, said the Bill had bipartisan support and was being viewed as a non-contentious measure.

“The introduction of the Bill in Congress is the first step in this process. If successful, our attention will then focus on the US Senate,” he said. He added that he expected the Bill would be dealt with under a procedure known as “suspension of the rules” which allows the House to process non-contentious measures swiftly.

Mr Deasy, who has travelled to Washington in recent weeks, has been holding discussions with the office of House speaker Paul Ryan on a deal. The Department of Foreign Affairs in Washington has also been centrally involved.

A key element of the agreement is that Ireland would ease the requirements for Americans who want to retire to Ireland, including granting US citizens the right to work for up to 20 hours a week.

In addition, the minimum annual income levels currently required to retire to Ireland would be lowered.