Enda Kenny has reached his 2,233th day in office – just five days before his 66th birthday 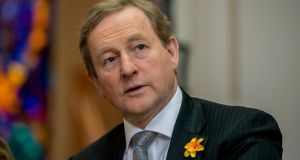 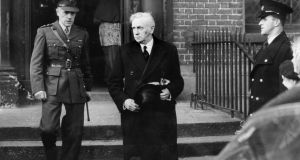 Enda Kenny matched the record of John A Costello on Wednesday by reaching his 2,233th day as Taoiseach, having been first elected on March 9th, 2011, and serving continuously since.

He becomes the longest-serving Fine Gael Taoiseach on Thursday, though he remains well behind the first head of government of the Irish Free State, WT Cosgrave, who led Cumann na nGaedheal , the forerunner of Fine Gael.

Cosgrave served as head of government – then known as President of the Executive Council under the 1922 Free State constitution – for nine years and three months, or 3,381 days.

Despite some speculation in political circles in the wake of the announcement of the British general election that Mr Kenny might delay his expected departure, he is unlikely to beat Cosgrave’s record.

Mr Kenny becomes the seventh-longest-serving head of government (the term Taoiseach only came into use after the 1937 Constitution was adopted) after Charles Haughey, Seán Lemass, Jack Lynch, Cosgrave, Bertie Ahern and Eamon De Valera.

De Valera is by far the longest-serving head of government, occupying the role for over 21 years. Mr Kenny would need to serve for another 14 months to match Mr Haughey’s seven years and three months. His wife, Fionnuala, served as a press adviser for Mr Haughey in the 1980s.

Those who know him say Mr Kenny is keenly aware of the records and anniversaries that mount up for any long-serving leader.

Next Monday, April 24th, he turns 66 and so will be eligible for free travel – perhaps useful after he retires as Taoiseach.

One of his early decisions as Taoiseach was to remove the use of a State car and driver for life for all ex-taoisigh, as part of a cost-cutting measure.

Breaking Costello’s record seemed a long way off when Kenny took office in 2011, months after Ireland entered the bailout. But Costello’s biographer, RTÉ broadcaster David McCullagh, says there are parallels between the two men.

“One point of comparison is what their contemporaries would have judged as the unlikelihood of either man spending such a long period as taoiseach. Like Enda Kenny, Costello was probably underestimated – most people thought his first government wouldn’t last much longer than six months,” McCullagh says.

“Certainly the papers at the time didn’t think it would last. And probably neither man thought they would stay quite so long in government.”

McCullagh also says that both Kenny and Costello led governments that were unprecedented in their make-up.

“Costello’s first government was made up of five parties plus independents – from right wing, pro-commonwealth Fine Gaelers to left-wing republican Clann na Poblachta, and all points in between.”

He draws a comparison with the current administration led by Kenny, comprised of Fine Gael, the Independent Alliance, other Independent TDs and facilitated from outside Government by Fianna Fáil through the confidence and supply agreement.

“They both managed to retain power by keeping a disparate group together as a team,” McCullagh says.