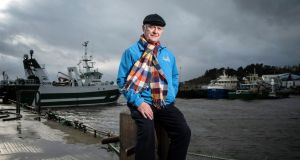 The Irish fishing industry is bracing itself for thousands of job losses as Brexit talks limp on with no sign of a breakthrough on the future of fisheries.

The Killybegs Fishermen’s Organisation in Donegal estimates in a no-deal situation (with no access to UK waters) the value of the industry could drop from about €1.22 billion to between €600 million and €700 million, a decline that stands to strip away almost a third of about 16,000 jobs in the sector.

Chief executive Sean O’Donoghue said such a “chaotic” outcome of negotiations could bring increased tensions at sea including blockades of UK ships.

He said while this would involve members of the French fleet who have warned of such action, Irish involvement could not be ruled out.

“If you have been fishing all your life in a certain area and then suddenly, for no good reason, as you would see it, you are being put out, you are not going to accept that, your livelihood being gone.”

The majority of the Irish fleet is dependent on access to UK waters. Mr O’Donoghue said about 60 per cent of mackerel and 40 per cent of Dublin Bay prawns are caught there, as well as about 30 per cent of other species including haddock, whiting and hake.

His views on the impasse reflect high anxiety in an industry that stands to be badly damaged by a no-deal outcome, with time on negotiations running out.

Minister for Foreign Affairs Simon Coveney has said the issue of fishing had proved to be “a lot more emotive and a lot more political”.

“These negotiations are not in a good place when it comes to fishing. There hasn’t really been any success in closing the gap . . . we are in the same place in fishing as we were in mid-summer,” he said in a recent interview.

One senior industry source familiar with the issues at hand, said confidence any deal could be reached was now dwindling among fishermen.

However, he said while the French would likely prove more militant when it came to potential blockades with the port of Calais a likely focus, Irish boats were less likely to participate.

That belief was echoed by John Ward, chief executive of the Irish Fish Producers Organisation, who said, “I don’t see anything like that happening here”. Mr Ward said there were “mixed vibes” on the prospect of a breakthrough.

He invoked memories of the so-called “cod wars”, 20th-century clashes between the UK and Iceland over access rights in the North Atlantic; and similar hostilities between British and French boats over scallops in the English Channel in 2018. In the latter conflict boats collided at sea, a harbinger of what is possible when temperatures rise.

Despite the sombre mood, some cautious progress has been reported on Brexit talks. With the legal text of a deal between the UK and EU said to be 95 per cent complete as of last week, the final obstacles have been in fisheries, governance and the so-called level playing field where serious differences have dogged talks.

On fisheries, the UK is seeking annual negotiations with the EU on what European fishing fleets will be allowed to catch in its waters while a “zonal attachment” system would divide up species between the two sides.

However, the EU is resisting both a “zonal attachment” and annual negotiations as it does not offer security and there are differences on British stock gains.

Case study: ‘If you take fishing out of Donegal there isn’t much left keeping it alive’

The small fishing harbour of Greencastle in Co Donegal faces a unique Brexit problem. Should there be no breakthrough in talks, overnight and without even leaving port, the boats moored here would find themselves sitting in forbidden UK waters.

For Michael Cavanagh (71), a semi-retired fisherman who has seen his share of change – from shrinking fleets to intensifying sea storms – this represents potentially the biggest shift to an industry that supports much of the county.

“The British claim the high water mark; before [the boats] even loosen a rope they would be in British waters,” he says of the town in which he was born and from where he took to the sea as a teenager.

“It’s a serious, serious problem. If you take fishing out of Donegal there isn’t much left keeping it alive.”

Tucked away at the mouth of Lough Foyle across from Magilligan Point in Derry, Greencastle is home to a relatively small fleet. Some make their living trawling UK waters around Rockall Bank, Stanton Bank, and Barra Head off the Scottish Hebrides. The smaller ones fish for oysters and mussels in the Foyle. They all face an uncertain future.

“There are people that would need to and would like to invest in new vessels but because of the uncertainty of Brexit and where they would go they can’t afford to put their heads on the block,” Cavanagh explains.

“A whitefish vessel now out of Greencastle, for that size you are talking five or six million. People are worried about it definitely. If it goes the wrong way you could see a lot of people going to the wall.”

Long before the UK set its course away from the EU, Cavanagh had moved his fishing interests west to Killybegs. Progressing from the 65ft Castle Queen in 1975 to the 213ft Fr McKee pelagic boat he owns today, he outgrew his small town port. Today, as he runs his company from the safety of shore, his son Philip (45) is at the helm.

Even without UK waters the Fr McKee can always catch its quota in Irish seas but there is a problem – the mackerel they would find there will be older and smaller having lost body fat swimming from Scotland where they are normally fished a few months earlier.

This fish is worth less to the Japanese market where they sell it. Other boats, too, would be forced into the same areas, all fishing for the same limited stock.

“It’s going to be dog eat dog,” Cavanagh says, with a sense he could talk about the future of fishing all day long. If he only know what it held.