Hickey did not inform OCI board about THG deal 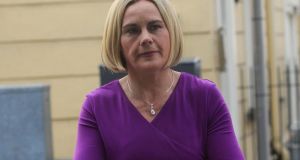 Former Olympic Council of Ireland (OCI) president Pat Hickey did not consult the executive board about his decision to appoint THG as the ticket agent for the Olympic games in Rio, an Oireachtas committee has been told.

Mr Hickey’s successor Sarah Keane told the committee on sport that approval was not sought from board members before a deal was struck between the organisation and the British ticket agent.

A copy of the contract, signed by Mr Hickey in 2010, explored the possibility of THG remaining as agent for the 2020 and 2022 games.

Ms Keane confirmed that she met the former president on April 4th this year where this arrangement was discussed.

However, she insisted Mr Hickey did not disclose that he had already agreed to allow them act as ticket agents until 2026.

The committee was also told Ms Keane informed Mr Hickey he would not be awarded the annual €60,000 honorarium for the year 2016.

“My view was he was a little surprised,” Ms Keane said when asked whether Mr Hickey showed resistance to her decision.

The OCI president said the meeting was requested by her and there was no conflict between them.

The committee was also told by Ms Keane that Mr Hickey could return to the OCI as an ex-officio member if he is returned to the International Olympics Council (IOC). The OCI president said the current board would have “significant concerns” around Mr Hickey’s return to the organisation.

Mr Mulvey was questioned by Fianna Fáil TD Robert Troy about a dinner the two shared on July 12th this year.

Mr Troy claimed it was bad optics for a member of Sports Ireland to be photographed enjoying a jovial meeting with a man who had sparked an inquiry by the Government.

Mr Mulvey told the committee he had met with Mr Hickey on humanitarian grounds and sought to assess how he and his family were since the controversy.

Members asked Mr Mulvey to “use his influence” over Mr Hickey to urge him to appear before the committee to answer questions.

Minister for Transport Shane Ross, Fine Gael TD Fergus O’Dowd and Solidarity TD Mick Barry all repeated their calls for him to be compelled to give evidence.

Mr Mulvey said Mr Hickey was determined to clear his name and nothing he could advise him on would override his legal advice from Brazil.

The committee was also informed that Mr Mulvey was advised by former minister for sport Mary Hanafin not to “rock the boat” with the OCI when he was first appointed to Sports Ireland.

While there was no direction issued to the organisation, Mr Mulvey said advice was issued by Ms Hanafin and her Departmental officials to smooth things over between the OCI and Sports Ireland.

Sports Ireland chief executive John Treacy described Mr Hickey as a powerful and dominant person, who was not easy to stand up to. He had the support of the international organisations and had significant influence over the Government, Mr Treacy added.

Members questioned the two organisations on the withdrawal of funding to the OCI and its potential effects.

Ms Keane said refusal to restore it would have consequences for the service it offers to athletes. The Minister for Transport and Sports Ireland insisted it wanted the monies to be returned, but would not do so until the organisation had its house in order.

Mr Ross also told the committee he would consider forwarding the report to the Office of the Director of Corporate Enforcement and would send a copy to the IOC and its ethics body.