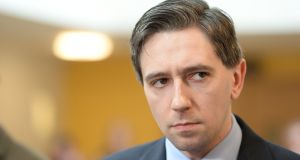 Simon Harris, Minister for Health: A review team established by Mr Harris assessed each of the 206 cases over the weekend. Photograph: Cyril Byrne / The Irish Times

The Government is considering launching a statutory inquiry into the failure of the State’s national cervical cancer screening programme to inform women they were wrongly given the all-clear from the disease.

Minister for Health Simon Harris is understood to be moving towards the option following an initial review of more than 200 cases, which is understood to have found a number of women were not told of the delay in their cancer diagnosis.

A review team established by Mr Harris assessed each of the 206 cases over the weekend, examined the path of care afforded to each woman and potential failures in this regard.

The Health Service Executive (HSE) said the review was not complete last night but the final results would be made known today. Women who were not previously informed will be contacted and offered another appointment, paid for by the State.

The Irish Times understands the review team, chaired by the national director of quality assurance at the HSE, Patrick Lynch, found the majority of women were informed of the situation but several women were not.

The magnitude of the problem came to light last week when a terminally ill mother of two, Vicky Phelan, settled a High Court case against a US-based laboratory subcontracted by CervicalCheck to assess the tests.

Once the details of the HSE review are known today, it is expected the Government will move to launch a formal inquiry into the CervicalCheck programme

Ms Phelan’s smear test in 2011 showed no abnormalities. In 2014, this was found to be incorrect but she was not informed until 2017.

It has since emerged 206 women should have received earlier intervention than they actually did.

Once the details of the HSE review are known today, it is expected the Government will move to launch a formal inquiry into the CervicalCheck programme.

Senior Government figures said the terms of reference for such would be considered when the full picture was known today.

However, it is expected to examine the level of knowledge within CervicalCheck, the HSE and potentially the Department of Health.

It will also assess how CervicalCheck made its results known to individual treatment sites and why it did not ensure this information was passed on to the patient.

It is unlikely to follow the form of a commission of investigation but the Health Information and Quality Authority (Hiqa) is expected to be asked to conduct a statutory inquiry.

The Cabinet will also discuss this matter at its weekly meeting on Tuesday, and potential redress for the women affected is also to be considered.

Tánaiste Simon Coveney and Mr Harris said they did not believe such cases should be contested in the courts and the women involved should receive the full support of the State.

The advice of the Attorney General Séamus Woulfe will be required to assess if the State can prevent such legal cases from being taken.

Meanwhile, political leaders have called for accountability in response to the controversy. The director general of CervicalCheck Dr Gráinne Flannelly resigned on Saturday after Mr Harris failed to declare confidence in her.

Government figures are not ruling out further accountability measures but are insisting all of the facts must be established first.

More than 2,000 people contacted the CervicalCheck helpline over the weekend and return calls to these individuals will continue today.

The Oireachtas committee on health will meet this week and consider bringing in the HSE, the Department of Health and CervicalCheck to answer questions on the matter.