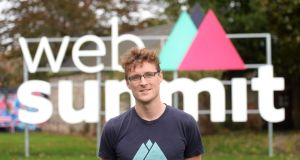 In a video online, Mr Cosgrave claimed the advert, which aims to highlight Ireland’s “indefensible tax structure”, had reached one million Facebook users.

Initially there was no information about the organisation running the ads, called the Irish Tax Agency, on either the Facebook page or its website. A contact number for the Department of Foreign Affairs press office was listed on the site.

The ads contained the tagline “reduce your taxes on global revenue to 1 per cent”. Users are told that “companies have saved billions in tax by relocating to Ireland from high tax EU nations”.

The Irish Tax Agency website contains information about tax structures available under Irish law. The website also links to descriptions of the structures on Wikipedia. Mr Cosgrave revealed his involvement in a post on Facebook on Monday on the use of tax-reducing structures to invest in Irish property. He said the Government’s defence of tax breaks for funds was “incorrect” and could be a breach of State aid rules. Text on the website was also changed to indicate his involvement.

In response to emailed questions about the issue of corporate tax avoidance, and his use of the anonymous page, he referred to a competition he has launched.

“My money is currently on The Irish Times to win the €1,000 prize for the Irish media organisation that provides the best defence of indefensible tax structures by side stepping the giant elephant in the room,” he said.

The ads would likely not have been permitted under new policies, enacted from yesterday by Facebook, which govern political or “issue” ads, such as tax policy.

Such ads will have higher disclosure obligations in the future, including publishing the source of funding for the ad and the organisation promoting it would have to have its identity verified. However, under the previous system the ad would only have been reviewed if flagged by users.

The ads were initially targeted at users in ten European countries with Ireland being added on Monday. Irish users who were in their 20s and had expressed an interest in Sinn Féin were among those targeted with the ad. Sources suggested that one million Facebook users could be hit with an ad with a budget of €1,000.

It comes after it emerged at the weekend that IDA Ireland had paid an agency to help it counteract edits to pages about the agency and its chief executive on online encyclopedia Wikipedia.

Asked about Mr Cosgrave’s campaign and the edits to Wikipedia, an IDA spokesman said: “Ireland trades on its reputation and digital platforms are one place where opinions are formed and reputations established.”

The Wikipedia user that was responsible for large chunks of the edits to the IDA pages is an anonymous account called Britishfinance. According to its page on Wikipedia, it has made more than 40,000 edits since last March, with a focus on Irish corporate tax, and the Irish economy.

Britishfinance has also made significant numbers of edits to the Wikipedia articles on Irish corporate tax structures linked to by the Irish Tax Agency webbed.

Mark Gorman, a partner with Anderson Tax in Dublin, said the Irish tax system “isn’t perfect, but a lot of the issues relating to Irish property income not being taxed were addressed in 2016”.

“The issue here is that funds generally don’t pay tax, other than on certain types of income. This is true of Irish funds, Luxembourg funds and even UK funds.”