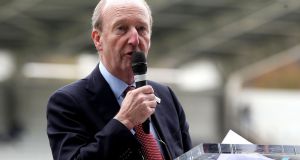 Ireland, South Africa and France are all in the running to host the competition.

On Tuesday, it was revealed that Ireland came last in all but one of the hosting criteria after a 10-month review by the World Rugby Technical Review Group of each of the individual bids. It was also announced that the group had endorsed South Africa’s candidature.

Minister for Sport Shane Ross admitted the news was a disappointing setback but one it was possible to overcome.

The Minister said this was the first part of a two-part process and that Ireland would “tog out” for the second half and win.

Mr Ross said: “Ireland has all the capabilities to host an outstanding Rugby World Cup in 2023. 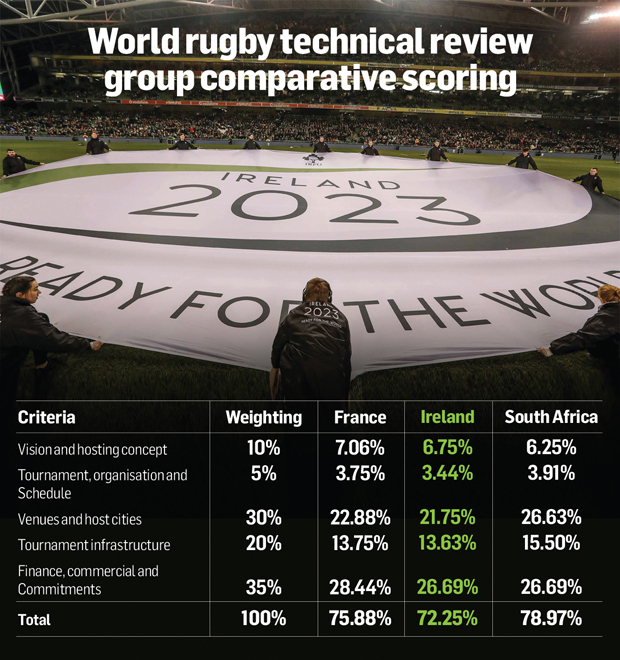 “I am strongly encouraged by two things: firstly, that World Rugby have made it clear that ‘any of the three candidates could host a successful Rugby World Cup’. I am also encouraged that we ran both South Africa and France very close in the scoring.”

The Government had strongly supported the Irish Rugby Football Union (IRFU) bid for the event. Taoiseach Leo Varadkar had travelled to London last month to offer his public support for it.

Rugby World Cup Ltd had set the tournament fee at €135 million and the Government had underwritten this cost.

‘We can still do this’

Minister of State at the Department of Transport Brendan Griffin said the bid was still winnable. The decision now rests with the individual members of World Rugby, he said.

Mr Griffin said: “We can still do this. The IRFU will draw on all of their Irish spirit over the coming weeks to relay Ireland’s compelling proposition to the [World Rugby] Council ahead of the vote.

“South Africa may be the favourite now, but the final vote is two weeks away, a long time in sport and politics.”

The final decision will take place on November 15th, after 39 votes are cast on the issue by World Rugby member organisations, excluding those of the three rival bidders.

Many believe it will be impossible for Ireland to overcome the decision announced on Tuesday.

Fine Gael MEP Seán Kelly said the ongoing uncertainty over Brexit and its potential impact on Ireland may have played a role in the decision.

Mr Kelly said the confusion over the potential imposition of a hard Border and introduction of security checks impacted the decision.

“Despite the EU27’s strong commitment to the island of Ireland and the fact that no one wants to see the return of a hard Border, the slow progress of Brexit negotiations and apparent instability of the UK government may have added to that uncertainty in recent months.”