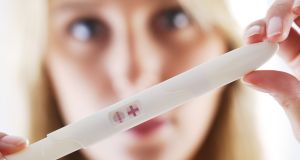 The National Association for General Practitioners estimates that as many as eight in 10 GPs would choose not to opt-in under such a system.

The Government is expected to design an opt-in system for medical professionals willing to provide abortion services and allow doctors conscientiously object to providing the care.

The legislation to regulate the termination of pregnancy, in line with the decision made in last month’s referendum to repeal the Eighth Amendment, is being considered by the Attorney General Séamus Woulfe’s office.

It will allow doctors refuse to provide or to take part in the provision of the lawful treatment, if it conflicts with sincerely held ethical or moral values.

However, it will legally oblige medical professionals in such a situation to enable their patients to transfer to another doctor to get the treatment they want.

Government sources stressed they did not believe this would be an issue in practice as women seeking terminations will consult with organisations such as the Irish Family Planning Association or Well Women, rather than their local GP.

What we can’t allow is this suggestion that a GP, if he doesn’t provide the service, would then refuse to refer their patient on to someone who would

It would examine the principle of an opt-in system, whereby doctors willing to provide the services would make that known through some mechanism.

Speaking yesterday, Taoiseach Leo Varadkar insisted no doctor is going to be required to provide the service and outlined his belief the system could be operated by as few as 50 or 60 GPs.

Roughly 4,000 women a year – or 12 a day – choose to end their pregnancies, of which six daily can be done through medical abortion or taking an abortion pill, the Taoiseach said.

However, Mr Varadkar added: “What we can’t allow is this suggestion that a GP, if he doesn’t provide the service, would then refuse to refer their patient on to someone who would because essentially that is the equivalent of, ‘you’re on your own, love’ and we’re not going to have that in Ireland any more.”

The National Association of General Practitioners held an emergency meeting last weekend to discuss the referendum result but it was attended by just 3 per cent of members.

The association estimates that as many as eight in 10 GPs would choose not to opt-in under such a system.

Dr Andrew Jordan, chairman of the association, urged the Government to examine means to ensure doctors would not have an obligation to refer women seeking an abortion to a colleague.

Sinn Féin’s spokeswoman on health Louise O’Reilly said doctors had a right to object to abortion, in accordance with their moral beliefs.

However, Ms O’Reilly stressed “no doctor should be facilitated in refusing to access legal and lawful treatment”.

Sanctions by the Medical Council should be examined as part of the debate on the legislation, Ms O’Reilly added.

Fianna Fáil spokesman on health Stephen Donnelly said he believed the Oireachtas should hear from the Medical Council as to whether penalties were required.

Mr Donnelly stressed every doctor should be allowed to conscientiously object without sanction but said medical practitioners must not impede the care of women.

The legislation is being prepared by the Department of Health and the Attorney General. It is to be considered by Cabinet on July 10th and introduced to the Dáil afterwards.

The Medical Council is tasked with drawing up medical guidelines outlining how practitioners should operate under an abortion system in Ireland.