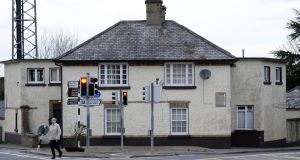 An increasing population in Stepaside, Co Dublin justifies the reopening of its Garda station despite a significant dip in crime in the area over the first quarter of 2017, a Garda report has found.

Minister for Justice Charlie Flanagan today published the second interim report into the proposed reopening of six stations throughout the country. The controversial report was written by Assistant Commissioner John O’Driscoll and forwarded to the Cabinet in June but not published. The report can be read here.

The reopening of Stepaside Garda Station in Dublin has been controversial as it is in the constituency of Minister for Transport Shane Ross who is an independent TD in the minority Fine Gael-led Government. The Government has denied the re-opening of the station is a case of “stroke politics”.

The Garda report identifies four stations that should be reopened, but only makes a firm recommendation that Stepaside be reopened. It says a decision on the three others, which were in Rush, Co Dublin, Donard, Co Wicklow, and Leighlinbridge, Co Carlow, should wait until a final report is complete.

The station was closed in 2013 along with other stations as a cost cutting measure. The decision to reopen it was announced in June.

Disused stations in Garda divisions throughout the country were surveyed for inclusion in the pilot project, and recommendations were made to reopen properties in four areas - Stepaside and Rush in Dublin, Leighlinbridge in Carlow and Donard in Wicklow. New stations have also been proposed for Dublin Port and Dublin Airport.

Of four stations identified in Dublin for possible reopening, the report noted that Stepaside had by far the largest percentage population increase, with up to a fifth more people living across the area covered by the station in 2016 compared to 2011.

This was compared to the observed depopulation of the area covered by the now-shuttered Dalkey Garda Station, while growth rates in Rush and Kill O’ The Grange were more modest.

Crime statistics varied across all areas between 2012 and 2016, although it was observed that property crimes in Stepaside “reduced significantly” over the first three months of this year compared to the same period in 2016.

Crime rates increased across all other areas surveyed in the Dublin region between 2016 and 2017.

The Assistant Garda Commissioner for Dublin Pat Leahy gave a “firm recommendation” that Stepaside should be included among the stations considered for reopening as part of the pilot project, saying this would “give rise to enhanced public confidence in the area which it would serve”.

This perspective was echoed by Assistant Commissioner O’Driscoll, who noted the substantial population growth across the area in his decision.

The Assistant Commissioner also cautioned against “placing too much reliance on crime statistics as an indicator of where best to locate a Garda station” based on the fact that these statistics vary over time, “usually for reasons that are not associated with the location of such premises”.

It was added that stations in Dalkey and Kill O’ The Grange should no longer be considered for reopening should the Stepaside station once again become operational due to the geographical proximity of the areas.

Mr O’Driscoll said it is “likely” that stations in Rush, Leighlinbridge and Donard will be reopened in line with recommendations, but suggested that further research is carried out by the Garda Síochána Analysis Service before a final decision is made.

Assistant Commissioners in the northern, western and southern regions chose against recommending the reopening of any stations.

It was noted that one station in Cork and two stations in Donegal may have been candidates for reopening had they not been sold or requisitioned for other purposes in the meantime.

The pilot reopening project comes on foot of decisions to close 139 Garda stations due to cost-saving measures in the force over the course of 2012 and 2013.

The publication of the report comes after Acting Garda Commissioner Dónall Ó Cualáin apologised to members of the Oireachtas Public Accounts Committee on Thursday for a delay in bringing it forward.

The decision to publish the report follows an intervention from Taoiseach Leo Varadkar, who said he saw no reason for the report not to be published.

Parts of the review has been redacted for commercially and security sensitive reasons, Mr Flanagan said.

Fianna Fáil’s spokesman on justice Jim O’Callaghan said it was clear the Government had interfered to ensure Stepaside was reopened and that this was done for the “political benefit of one member of Government”.

“They are decisions that should be made based on what the gardaí think is necessary and appropriate. Unfortunately, it has now become apparent that the gardaí were used by the Government to provide cover for a fairly transparent stroke,” he added.

Mr Ross had campaigned during the 2016 general election for the reopening of the station and made it a key issue during discussions on the programme for Government.

At a meeting between the Independent Alliance and former taoiseach Enda Kenny last Christmas, Mr Ross sought clarity on when the matter would be progressed. He also raised the issue with Mr Varadkar ahead of his appointment as Taoiseach this summer.

The interim report was lodged with the Government on June 9th, and the Cabinet considered it on June 13th, the same day the Minister for Transport said publicly that Stepaside Garda station was reopening.

The report was compiled by Assistant Garda Commissioner O’Driscoll but was based on criteria set by the Government.

Garda sources told The Irish Times that gardaí believed they were in a “no-win situation” and had been placed in the middle of a political dispute.

While they stood over the report, the Garda source said they believed the force was used to do “the bidding of Shane Ross”.

The Public Accounts Committee is now seeking to hold a number of hearings on the matter, including another meeting with the acting Garda Commissioner Donal O’Cualáin. Mr O’Cualáin’s evidence to the committee on the report was contradicted by the Department of Justice.

He had told the committee that when the Garda recommended to the Government in June that Stepaside be reopened, it also stated that Rush should be reopened.

Members of the committee are now seeking Mr O’Cualáin to clarify that evidence before them. Mr Flanagan, secretary general of the Department of Justice Noel Waters and Garda head of human resources John Barrett are also to be invited to give evidence. Mr O’Cualáin will appear before the Oireachtas committee on justice next Tuesday.