FF to back plan to bypass local authority planning process 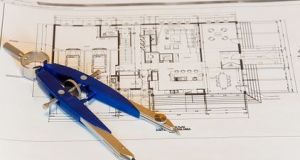 Fianna Fáil housing spokesman Barry Cowen said planning delays can last three to four years in Dublin at a time when there is an acute shortage of houses. At present, 22 prescribed bodies must be informed of housing developments. File photograph: Getty Images

Measures which would see local authorities bypassed over planning permission for large housing estates will be supported by Fianna Fáil.

Party housing spokesman Barry Cowen said Fianna Fáil is in favour of measures which will see planning permission for housing estates over 150 units going straight to An Bord Pleanála.

The plan has been proposed at Cabinet by Minister for Housing Simon Coveney as one of a number of measures to deal with the housing crisis.

Currently the only developments that go straight to An Bord Pleanála are major infrastructural projects. There would still be the right to appeal, but a stage of the planning process would be bypassed.

Mr Cowen said the measure arose out of the Oireachtas Committee on Housing and Homelessness and had widespread support.

The measure should go further and include housing developments of 30 units and upwards, he added.

Mr Cowen said planning delays can last three to four years in Dublin at a time when there is an acute shortage of houses. At present, 22 prescribed bodies must be informed of housing developments.

“There has to be a window open to allow housing developments to take place much quicker to meet the emergency that’s there,” he explained. “The planning permission taking so long is no benefit in this emergency. We’re just not building enough houses.

“This is one initiative in a holistic approach that needs to be taken. To address this housing crisis, we need to radically overhaul the conventional means that are there to deliver housing.”

Mr Cowen proposed that the measure be a temporary one and that it be reviewed after a year. He stated the measure will work if An Bord Pleanála is given enough resources to deal with it.

The plan is likely to be opposed by local authority councillors, as county development plans could be bypassed.

“There has been so many powers taken from county councillors. Unless we take a stand, we will be become irrelevant,” said Cllr John Crowe, president of the Association of Irish Local Government (AILG).

“Does anyone seriously believe that the 8-12 week period for council approval of planning permission is the cause of approximately 100,000 shortfall in housing needs?” he asked.

Cllr Lacey said the Government was seeking to fulfil the wishes of “mandarins in the Department of Housing and Local Government who are directly responsible for delays of years not weeks in delivering housing, [and who] exercise more and more power in an incompetent and arrogant fashion”.