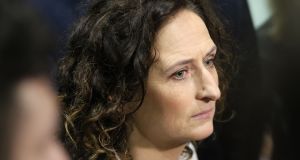 The State is rushing to deport people ahead of the Brexit deadline despite Government assurances deportations would stop for the duration of the pandemic, it has been claimed.

Sinn Féin’s Lynn Boylan alleged the Government is attempting to “clear the decks” before Brexit is finalised, by using the Dublin Convention to remove people to the EU member state where they first sought asylum.

The State will not be able to deport to Britain after December 30th under the Convention’s rules because it will no longer apply to the UK.

Independent Lynn Ruane said “one young man two days ago was brought to the airport and put on the plane to England and will continue onto Sudan.

“Another young man was taken out from his accommodation last week and put in Cloverhill prison.”

The Department of Justice has denied deportations are being enforced but said “transfers” under the Dublin III regulations are continuing.

Sinn Féin TD Louise O’Reilly in whose Dublin Fingal constituency one of the men removed from the State lived, called on Minister for Foreign Affairs Simon Coveney to investigate the “apparent rush to deport people before Brexit”.

Ms Boylan told the Seanad a number of people have been deported in recent days and said it was “particularly cold and callous that it would happen during Christmas week when we were given assurances” of a moratorium.

She said it was “even worse” those being deported via Britain will from December 30th lose access to EU and other rights because of Brexit and would have no access to the courts.

The former Dublin MEP said these people would lose access to their EU rights under the common European asylum system, under the EU charter of fundamental rights and under the European Convention on Human Rights.

Speaking afterwards she said the Sudanese man was studying in Ireland and that his phone was taken from him at the airport. The letter he was issued with stated his case was not a matter of national security, Ms Boylan said.

The department said in a statement “enforcement of deportation orders is an operational matter for the Garda National Immigration Bureau and the department does not comment on individual cases.

“However in line with the clear commitments given by Minister [Helen] McEntee and the Taoiseach, no deportation orders are being carried out during the pandemic except in circumstances where there are national security or serious public policy concerns.

“Transfers under the EU Dublin III Regulation are continuing. This involves the transfer of the applicant to the responsible European country to have their international protection claim examined there. No deportation order is made in these cases and the person is not returned to their country of origin.”

Last week Taoiseach Micheál Martin told the Dáil that “unless people represent a threat to national security they should not be deported at this present point in time”.

Ms McEntee has said she is taking a “discretionary” approach to deportation, with only four deportations since March, three of which had been issued before March. Some 469 deportation orders have been issued since the pandemic.

The Civic Engagement group in the Seanad introduced a Bill to put a moratorium on deportations for the duration of the pandemic, rather than relying on the Minister to exercise her discretion.

The Minister said she had to have discretion in cases where national security and public safety were an issue but “that discretion is used in the rarest of circumstances – and only when absolutely necessary”.