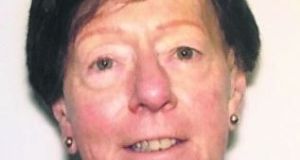 Independent candidate Marese Skehan from Thurles was found dead at her home on Monday.

Voting in the Tipperary constituency is likely to be delayed by “at least a couple of weeks” following the sudden death of independent candidate, Marese Skehan on Monday.

She was found dead at her home in Thurles on Monday morning.

A home help co-ordinator, she had been due to attend an open meeting with candidates in the Anner Hotel in Thurles on Monday evening alongside others on the ballot paper. That meeting has since been cancelled.

The constituency’s returning officer, James Seymour, postponed the poll on Monday evening as required under the 1992 Electoral Act. According to section 62 of the Act when an election candidate dies the returning office in their constituency must “countermand” the poll and a “fresh election will be held”.

Mr Seymour notified the clerk of the Dáil as well as the Minister for Housing, Eoghan Murphy, of Ms Skehan’s death and the countermanding of the poll on Monday evening. He is now awaiting a direction from the Minister which he anticipates getting on Tuesday.

Already nominated candidates will not have to resubmit nomination papers.

Once the new ballot papers are in, they can be sent to overseas members of the Defence Forces, members of An Garda Síochána stationed outside the constituency, other postal voters, and polling officers can begin revisiting nursing homes and hospitals for the votes.

Mr Seymour said about 800 ballot papers had already been returned from nursing homes and hospitals, as well as about 700 postal votes. These are in sealed boxes and will now have to be disposed of.

“So giving time for the nominations period, withdrawals, ordering the ballot papers, posting them out, allowing time for them to be returned, I think two weeks would really be very tight. I know people would like this all dealt with as expeditiously as possible but we have to ensure we don’t disenfranchise people. It will be deferred a couple of weeks at least.”

The new polling date for the constituency will be set by the Minister.

The reason for the countermanding of the poll, according to a spokesman for the Department of Housing and Local Government, is to give the party whose candidate has died an opportunity to name a new candidate. In this case, however, as Ms Skehan was an independent, that would appear not to apply.

The 1992 Act contrasts with British legislation. There the 1983 Representation of the People Act says a poll must be countermanded when a candidate dies, unless they are independent.

A spokeswoman for Independent candidate Mattie McGrath said that he will be suspending all campaigning as a mark of respect until a future date.

Labour’s Alan Kelly also said he would be suspending campaigning as he offered his sympathies to Ms Skehan’s family.

Local Independent TD Michael Lowry expressed sadness at news of her sudden death. “I have known Marese for many years. She cared passionately about the plight of the underprivileged and disadvantaged and was always a great source of support and assistance to those in need. She will be sadly missed by all those who had the pleasure of knowing her,” he said.