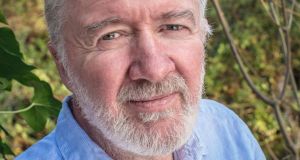 Malcolm Noonan spent 20 years as a community and environmental activist with Friends of the Earth.

Malcolm Noonan had leadership ambitions when in 2011 he contested the election to be Green Party boss. He later went on to contest the Carlow-Kilkenny byelection in 2015 and the 2016 general election.

He has been a Green Party councillor since 2004 in Kilkenny, and is spokesman on local government, regional development and rural affairs. He was the city’s mayor in 2009.

Before getting involved in electoral politics he spent 20 years as a community and environmental activist with Friends of the Earth.

An academic background in rural development, he has campaigned on a wide variety of issues ranging from natural and built heritage to transport, young people’s issues, integration, social inclusion and participation in the arts.

He contributed to the party’s European urban-built heritage policy, and has a special interest in the conservation and economic development of Irish towns and villages.