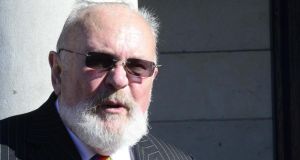 Sipo has released details of the amount of money spent under the parliamentary activities allowance by parties, Independent TDs and Independent Senators.

The allowance, formerly known as the party leader’s allowance, is a payment to a party leader made in relation to expenses arising from parliamentary activities, including research. Payments can also be made to Independent members of the Dáil or Seanad Éireann.

According to Sipo guidelines, an independent member must keep records relating to any claim for six years. Sipo says it will retain every auditors’ report furnished to it for a period of six years.

Other spending in relation to the allowance by Senators includes €28,795 by Frances Black, €16,000 by Gerard Craughwell and €2,064 by Joan Freeman, who ran in the presidential campaign.

She has claimed €1,464 under the heading of “policy formation” and lists the expenditure simply as “Houses of the Oireachtas”.

The majority of this, €25,881, was spent on policy formation including €346 on a women in media conference, €134 at a gender budgeting policy meeting and €22,400 on “policy formation and research support”.