Facebook should not be ‘truth police’ for fake news, says senior executive 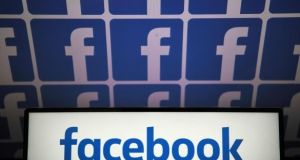 Facebook should not be the “truth police for the entire world”, a senior company executive has told an international parliamentary hearing in Dublin into the threat posed by fake news .

The company’s head of global policy management and counterterrorism, Monika Bickert, defended its decision not to ban political advertising as Twitter has done in the past week.

The company, she told an international committee into fake news and disinformation involving members of 12 parliaments, believes it is impossible to prevent the spread of false information and baseless claims.

The day-long hearings in the Seanad, chaired by Fine Gael TD Hildegarde Naughton, are examining how countries can deal with interference in democracies by non-State players.

It is also examining how this can be done without preventing minority, human rights and pro-democracy groups in non-democratic countries from spreading their message.

Ms Bickert was one of a number of senior technology company executives appearing before the committee.

However, she was the one to face almost all of the questions from politicians, who argue that Facebook has done little to stop false information spreading under the guise of freedom of expression.

Outlining Facebook’s policies, Ms Bickert said the social media website requires people placing political ads in some countries to verify their identity, while users are able to to see who placed the ad, other ads they have run and the audience reached.

Since August 2018, political advertisements are subjected to fact-checking by a third-party organisation and ads that breach the rules are removed to prevent their future use.

If the post has already been shared, or its content used organically (such as text in a post), a message is sent to the user flagging that false assertions have been verified.

The checks do not apply to declarations made by individual politicians: “Our policies are grounded in a fundamental belief in free expression and respect for the democratic process,” she said.

Reporters scrutinise politicians’ claims, she said: “We therefore don’t believe that a private company should be determining for the world what is true or false in a politician’s statement.”

Restrictions would be imposed if politicians were found to have incited violence or the breaking of laws, she said.

Facebook’s attitude was compared unfavourably with Twitter’s ban on political advertising all such ads, with one politician, Keit Pentus-Rosimannus of Estonia, asking her if it was acceptable for politicians to lie.

Ms Bickert replied: “We do not think that Facebook should be the truth police for the entire world. It does not mean we dismiss the importance of combating false information.”

Two billion fake accounts were removed in early 2019 alone. Microtargeting of users allows advertisers to target tiny groups of people, which means that their influence is largely “cloaked” and unseen by the public at large. Political advertising earns $330m annually for Facebook.

Asked by Ms Naughton about the oversight body the company is setting up to allow appeals against communications and ads that have been banned, Ms Bickert said it would be made up of 40 members.

She said Facebook would fund a new oversight body to handle appeals when ads are removed, and will choose its chair, though she insisted it would independent and transparent.

Calling out the “toxic nature of comment” on Facebook, many of which are completely false, Eamon Ryan of the Green Party declared: “It’s not a community. It is war.”