Covid-19: State’s use of private hospitals cost €97 million in April 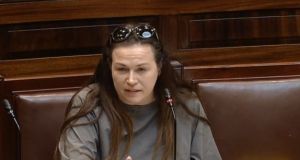 The State’s use of private hospitals cost €97 million in April, the Oireachtas Covid-19 committee has been told.

National director of acute operations for the HSE Liam Woods said that the deal with the 19 private facilities is expected to cost about €300 million overall for the three-month arrangement.

The Government decided last week to end the arrangement at the end of June. Secretary General of the Department of Health Jim Breslin told the committee that latest figures showed that 48 per cent of private hospital bed capacity was being used and 56 per cent of critical care beds.

Mr Breslin said that at the end of March the National Public Health Emergency Team (NPHET) recommended a pause in all non-essential health services and that led to up to 2,000 vacant beds at any one time, which was “unprecedented”.

Routine scheduled care has now re-commenced and “the HSE is continuing to increase its utilisation of the private hospitals for the remaining period of the current arrangement”.

Mr Breslin told Sinn Féin TD David Cullinane that getting the private hospital beds on a cost-only basis was the best deal they could get because there were no other beds available.

Mr Cullinane said that, as a former car salesman, he would have loved to see Mr Breslin coming through the door. He criticised the department’s failure to carry out a cost-benefit analysis on the deal but Mr Breslin said that the arrangement had to be put in place in a very short period.

He hit out at the Sinn Féin TD’s criticism and said that sounded like a fire alarm went off, and they sent out four fire tenders and were being criticised for sending out four and told they should only have sent out three.

“I’m very happy that we sent out four fire tenders.”

Earlier the committee was told that the health service faces an “apocalyptic” scenario if it does not address the capacity crisis facing hospitals.

Dr Anthony O’Connor of the Irish Medical Organisation (IMO) also said the Government had decided to end a deal with private hospitals to provide extra capacity in the event of a surge in virus cases too soon.

“It was premature to abandon this deal before there was a proper road map to reopening the service for public patients as well because their lives matter too,” he said.

Dr O’Connor also warned that there could be up to one million patients on the waiting list for treatment by November if the situation was not addressed.

The committee also heard that proposals to use online and telephone medicine services would not work without massive investment because primary care services did not have the facilities to deal with this. He said most hospital notes were still taken using a pen and paper or cardboard files.

“What we consider a surge is normal in our hospitals every winter,” Dr O’Connor said.

He said a second surge of Covid-19 could see hundreds of people lying on trolleys, overburdened intensive care units and operating theatres closed for a month.

“That’s January in the Irish health service every year and what could be coming if we don’t address it, what could be apocalyptic.”

Dr O’Connor said they needed to find a solution and if the National Treatment Purchase Fund might be a salutation “then we’re going to need the NTPF in a way we’ve never used it before and we better get started on it”.

Social Democrats TD Róisín Shortall said the private hospital deal could have been extended and that private hospitals could be used exclusively for elective procedures.

Martin Varley, secretary general of the Irish Hospital Consultants Association (IHCA), described the deal with private hospitals as poor value for money and that 10,000 procedures could be undertaken before the deal ends.

However, Dr O’Connor told Fianna Fáil health spokesman Stephen Donnelly that those procedures could be undertaken but were not necessarily urgent and priority should be given to urgent cases.

He stressed that the current situation now meant that public patients remained locked out of the system.

Mr Varley earlier said that private consultants faced a “Hobson’s choice” about whether to accept the contract to only do public work.

“The same circumstances did not apply to an anaesthetist that applied to a cardiologist or medical oncologists.”

He said that medical and respiratory consultants in private hospitals had consulting room costs that varied from the lowest of €6,000 a month up to €20,000.

“The failure wasn’t that private consultants were not engaging,” he said.

Mr Varley said he spent up to 100 hours a week with consultants to “unblock the obstacles so that they could sign up”.

He described the deal with the private hospitals as “poor value for money” for the taxpayer and said “we have not been agile enough, innovative enough or flexible enough” to optimise the use of the hospitals’ capacity.

He said the longer waiting lists would also arise because of the impact of providing care to Covid-19 patients.

IMO chief executive Susan Clyne warned against the health service’s reliance on the NTPF which had “enabled the continuing neglect of our health service”.

Ms Clyne said that “instead of investing in additional beds and staff, Government policy has been to purchase capacity from the private sector through the NTPF”.

“The NTPF, which was originally a short-term solution, has become a long-term measure, thus depriving the public system of investment and enabling the continued neglect of our health services,” she said.

“A policy that consistently diverts funding to NTPF in the absence of funding of our public health services will not address the problems of capacity and will not be a long term solution to waiting lists.”

Ms Clyne warned that as lockdown restrictions are eased to a “new” normal “we simply cannot revert to a situation where additional beds are being added to wards and hundreds of patients, including elderly patients, are boarded on trolleys.

“Overcrowded waiting rooms waiting for outpatient clinics cannot be a feature in the health service that we now need.”

Ms Clyne said that successive governments had failed to provide the necessary resources for acute bed capacity and manpower.

Earlier, committee chairman Michael McNamara said the Department of Health and HSE would be asked to explain why responses to questions that went unanswered when officials came before the committee last week later appeared in The Irish Times.

The criticism refers to the publication of confidential HSE figures showing a breakdown of where more than 1,000 deaths had taken place in 167 settings in the State during the pandemic.

Mr McNamara said there may have been reasons for this and he did not want to pre-judge, but a letter had been sent seeking clarification.

Fine Gael TD Fergus O’Dowd and Fianna Fáil TDs Mary Butler and John McGuinness criticised the failure to answer questions at the sessions last week, which focused on the impact of the disease on nursing homes.

Ms Butler said questions they had asked had not been answered on Tuesday but the answers appeared in The Irish Times on Thursday.