Ban on evictions, rent freezes ends on Saturday for all except tenants in arrears due to pandemic 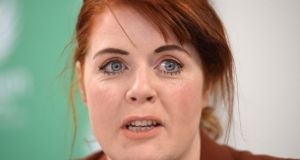 Controversial housing legislation that one Green Party TD voted against and a Green Minister of State abstained on has been passed by the Seanad by 29 votes to 11.

The President is expected to consider and sign the legislation which is due to come into effect on Saturday August 1st.

For all other tenants in rental accommodation the Covid-19 ban on evictions and rent freezes ends and normal rules apply once more.

The only exception are tenants who received a notice to quit during the pandemic. They now have until August 9th to quit their accommodation.

The legislation aims to assist tenants in arrears and those on a Covid-19 welfare payment, on housing assistance payment or who have lost their job because of the crisis caused by the virus.

Green party TD Neasa Hourigan voted against the Government a total of five times on the Bill including on a Labour amendment which would have allowed an extension to the ban on evictions and rent increases should it be necessary. Minister of State Joe O’Brien voted with the Government on all the amendments but then abstained in the final vote to pass the legislation.

In the Seanad on Wednesday Minister of State Peter Burke said the Bill would help to “mitigate the adverse social and economic impacts of the Covid-19 pandemic”.

He said the Government was seeking to address “challenges in the rental sector, including standards security and affordability for renters”.

The programme for government recognised the “important role the private rental sector plays in housing many people and we want this sector to continue to play this role”.

Some 40 Opposition amendments were introduced but the Minister refused to accept any of them.

He told the House they had to be careful in the legislation not to do anything that would force more landlords out of the market.

The Minister pointed out that 70 per cent of landlords have just one property and 86 per cent have one or two properties.

Green Party Senator Vincent P Martin who acted as a lawyer for the Residential Tenancies Board said that contrary to public perception, landlords “were not millionaires but facing homelessness themselves”.

He knew there were hedge funds involved but there was a cohort of “accidental landlords” and he said it was important to strike a balance.

Fianna Fáil Senator Malcolm Byrne said the crucial question was whether they were striking the right balance in an emergency situation. He said the rushing of legislation was a cause for concern and if there were issues that arise over the summer he hoped they would be addressed.

Sinn Féin Senator Lynn Boylan said there was no balance in the Bill because “renters are being asked to sign declaration that could possibly lead them to be declared criminals and you’re not doing the same for landlords”.