Some politicians and business people who lied to tribunals ‘got away scot free’, says TD 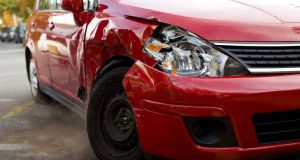 Sinn Féin TD Martin Kenny said that many would “wonder if the level of fraudulent activity is as high as insurance companies claim”.

Politicians and senior business people who lied under oath at tribunals of inquiry got away “scot free” because there is no law on perjury in Ireland, the Dáil has heard.

Regional Independent TD Dr Cathal Berry highlighted the false evidence given at tribunals down the decades as TDs debated legislation on perjury, on course to be passed earlier this year but lapsed because the general election was called.

Minister for Justice Helen McEntee confirmed to TDs on Wednesday night that she would champion the legislation against “deceitful and fraudulent conduct and actions” and hoped it could be dealt with in the autumn session.

She said the deterrent effect of this legislation is likely to be considerable and a very welcome development, particularly in relation to the cost of insurance and was one of a number of measures dealing with insurance issues, insurance fraud and exaggerated claims.

The Perjury and Related Offences Bill, introduced two years ago and steered through the Seanad by former senator Pádraig Ó Céidigh aims to make it easier to prosecute those who knowingly give false evidence.

TDs highlighted numerous cases of fraudulent insurance claims but Dr Berry said that while the Bill would deal with cases where people exaggerated their personal injury claims, it was much wider than insurance.

People who committed burglaries, assaults or sexual assaults walked free because they could find someone who created a spurious alibi for them.

“There’s been a number of tribunals over the last number of decades where senior business people and indeed politicians have lied under oath and got away scot free. That’s why it’s important this is advanced.”

Ms McEntee said historically the offence of perjury “has proven difficult to prosecute under the common law and the number of successful prosecutions tend to be in single figures in any given year”.

“Yet history also tells us that, all too frequently, some people have deliberately made false statements or lied in official legal proceedings which materially affected the course of justice.”

The legislation would provide considerable penalties but “it will have a substantial deterrent effect regarding the making of fraudulent claims or statements by those persons who may be minded to do so”, she said.

Independent TD Denis Naughten who introduced the motion to progress the legislation pointed to videos of fraudulent claims including one case where an individual sought €60,000 after his bike was struck by an untraceable car.

“The video shows that individual lifting a wheelchair in and out of a car and yet when going in for his medical assessment he is put into that wheelchair.”

He said that people “can tell appalling lies in commercial and in family cases and in many other cases and great damage to others either personally or financially”.

Sinn Féin TD Martin Kenny said that many would “wonder if the level of fraudulent activity is as high as insurance companies claim”. He noted that at one Oireachtas committee the insurance industry claimed 20 per cent of cases were fraudulent but there was “a certain amount of exaggeration” because very few cases had been referred to An Garda Síochána.