CervicalCheck review yet ‘another difficult day for women’ 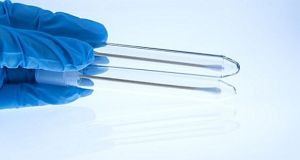 Fianna Fáil leader Micheál Martin raised the case of a woman from Cork who has recently discovered she was part of the original audit of CervicalCheck.

The publication of an independent review of the CervicalCheck programme represents “another difficult day for women affected by cervical cancer”, Taoiseach Leo Varadkar has said.

A review led by the UK-based Royal College of Obstetricians and Gynaecologists (RCOG)has found that an opportunity to identify 159 women’s cervical cancers was missed by CervicalCheck.

In total, the review found a discordant result in one-third of cases they reviewed, 308 out of 1,034 women.

Another 60 women have already applied to join the 221 patient support group for those affected by the CervicalCheck controversy on foot of the RCOG review of their smear tests.

Speaking in the Dáil, Mr Varadkar said that looking back at the controversy surrounding the CervicalCheck programme he felt he had not handled it in the way he should have and that he believed he had made mistakes in that regard.

“I think today is going to be another difficult day for women affected by cervical cancer and indeed their families and friends. I do hope it is going to be another step in restoring confidence in the CervicalCheck programme which we all know has saved lots of lives, detected cancer early and prevented many hysterectomies and more radical surgeries as a result of that.

“I do know when the CervicalCheck audit first became public back in May 2017 it caused enormous concern and controversy and led to a very difficult debacle that we have all been managing since then.

“ I for one, looking back on it, did not handle it in the way I should have and made some mistakes. I think Government did too, I think Opposition did as well and as Dr Scally pointed out, the media did too.

“I do hope on this occasion we will all handle it better than we did two years ago.”

Fianna Fáil leader Micheál Martin raised the case of a woman from Cork who has recently discovered she was part of the original audit of CervicalCheck.

He said she rang the office of Minister for Health Simon Harris 23 times in a bid to get answers on her own case. She is one of the 60 women who has applied to join the group of 221, said Mr Martin.

He said that it was “inexplicable” that she only recently learned she was part of that audit.

“She has applied to become part of the 221 group. She is a victim of non-disclosure. She has been rebuffed by the department. I think she rang your office, Minister [Harris], 23 times to try and get a conversation with you and to get access to you but to no avail. I think she had to email the Taoiseach’s office because she was refused a medical card.