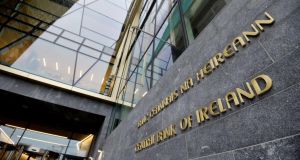 The cost of motor insurance claims fell by 2.5 per cent in the last decade but premiums rose by 42 per cent, according to a Central Bank report. Photograph: Alan Betson

The Central Bank has revealed insurance companies are making large profits from rising premiums while the cost of claims is falling, contradicting insurance industry claims and sparking fresh demands for Government action.

The cost of motor insurance claims fell by 2.5 per cent in the last decade but premiums rose by 42 per cent, according to a Central Bank report which also revealed that insurers made an average of 9 per cent profit last year.

Minister for Justice Charlie Flanagan said he was “disappointed but not surprised” at the findings, and added that a “large part of the insurance problem is due to excessive profit-taking” by the industry.

The report, published on Monday, is the Central Bank’s first comprehensive study of premiums and cost claims and it appears to cast doubt on long-standing industry claims that the higher cost of car insurance is the result of spiralling payouts and increased claims, resulting in low profitability.

The disparity is even starker when looking at the last five years. The report found that while the average cost of claims per policy rose by 14 per cent between 2013 and 2018 average premiums rose by 62 per cent.

The report also revealed that the industry here generated an average operating profit of 9 per cent last year, nearly twice the level of profitability seen in the UK.

Minister of State with responsibility for Financial Services and Insurance Michael D’Arcy said the report shows the insurance and legal sectors are both culpable for the difficulties over the last number of years with the price of motor insurance.

“It appears that insurers engaged in underpricing in the early part of this decade and then increased premiums beyond levels that were needed to cover losses over parts of the period, particularly between 2014 and 2017, and are now making significant profits as a result,” he said.

Responding to the findings, Insurance Ireland, the umbrella group for insurers, said the 10 years of motor claims data published today shows personal injury and damage inflation is the main challenge for the sector.

“The 10 years of data shows falling costs for motorists up to 2013 but the industry became loss-making and this peaked in 2014,” Insurance Ireland chief executive Gerry Hassett said.

“The industry was loss-making at this time and was impacted by increasing injury and damage claims costs, lower interest rate returns and the disruptive effects of failures like Setanta Insurance,” he said.

“As these trends increased from 2013 onwards, insurers had to provision for the inflation in injury and damage claims evident in the market and settlement times for claims of up to 4½ years,” Mr Hassett said.