The former taoiseach will head chair the Bougainville Referendum Commission 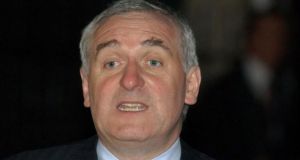 Former Taoiseach Bertie Ahern has been appointed to a role assisting the peace process in Papua New Guinea.

Mr Ahern will chair the Bougainville Referendum Commission (BRC) as the region prepares for an independence vote.

Bougainville is currently classified as an autonomous region within the South Pacific region.

The region was declared autonomous following a bloody conflict that saw around 20,000 casualties between 1989 and 1997.

The European Union congratulated Mr Ahern on his appointment to the commission, which will see a referendum on independence in the Bougainville take place in June 2019.

He visited Papua New Guinea and Bougainville in October, when he met with senior officials and international partners including the European Union, Australia, New Zealand, the United States, Japan, Korea, and Fiji and chaired a meeting of the Referendum Commission’s full membership in October.

Mr Ahern’s appointment is seen as a significant milestone in the implementation of the Bougainville Peace Agreement.

The 2001 agreement led to a gradual transfer of power from the central Papua New Guinea government to Autonomous Bougainville Government.

The EU has been a key partner in the implementation of the 2001 Peace Agreement, with a key focus on promoting political dialogue between the Government of Papua New Guinea and Autonomous Bougainville Government to implement the agreement.