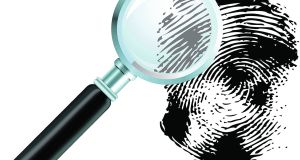 A drug-trafficker who managed to evade capture for 15 years by altering his fingerprints has been arrested by Spanish police. File photograph: iStock/Thinkstock

A drug-trafficker who managed to evade capture for 15 years by cutting and burning the skin of his fingertips and having it replaced with micro-implants has been arrested by Spanish police.

The man, who has not been named, was arrested on Tuesday by officers from the national police force in the city of Getafe, near Madrid.

In a statement, the Policía Nacional said the man, originally from the northwestern Spanish region of Asturias, had been on the run for 15 years before specialist anti-drugs officers caught up with him.

“The suspect had modified and changed his fingerprints to such an extent that they were no longer recognisable,” said the statement.

“As well as cutting and burning, he had used micro-implants of skin. He had also had a hair transplant to avoid being recognised.”

A police spokeswoman told the Guardian: “He’d used very sophisticated methods to alter the fingerprints of both hands so that he couldn’t be identified. He used skin implants to change the shape of his prints so that the scars beneath couldn’t be detected. It was a very sophisticated, specialist process that took place over a number of years.”

The man, who had been the subject of four arrest warrants, had used false documents in the name of a Peruvian citizen to travel across the world. He had also adopted the cover of being a Croatian citizen to avoid being tracked down.

“Officers have managed to ascertain that the arrested man travelled to Morocco on numerous occasions over the past few months, presumably to engage in activities related to drug trafficking,” said the statement.

“When he was arrested, he was found to be in possession of two encrypted phones – the kind of equipment usually used by criminal organisations.”

Spanish media reported that the arrested man was an associate of the Galician smuggler and drug-trafficker Sito Minanco, who earlier this week was jailed for four years and ordered to pay a €6 million fine after being convicted of laundering the proceeds of his drug trafficking.

Minanco’s lawyer was recently fined €2,000 for vaping in court during the trial last November. – Guardian

1 ‘When I look at the viral loads we find in elderly people, it is mind boggling’
2 Chief medical officer urges people not to visit hardware stores
3 Republic’s Coronavirus death toll rises by 28 as confirmed cases up by 500
4 Doctors sent to help at Cavan hospital after up to 70 staff infected with coronavirus
5 Coronavirus: Simon Harris expects restrictions to stay in place for weeks
Real news has value SUBSCRIBE