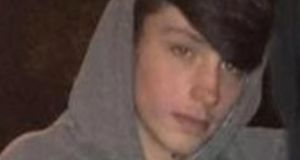 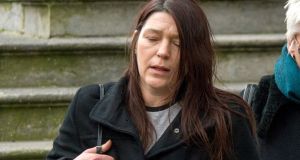 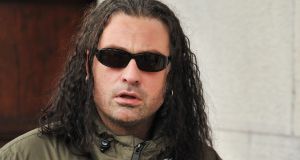 Young people are playing Russian roulette with their lives when they buy synthetic drugs, a coroner warned after hearing a teenager died after taking a powerful opioid he thought was cocaine.

Cork City Coroner Philip Comyn made his comments as he returned a verdict of death by misadventure in the case of Michael Cornacchia (16) who died after taking a combination of U47700 and ecstasy at his home at Deermount, Deerpark in Cork on January 16th, 2017.

He said that those buying synthetic drugs should know that there was “no quality control”.

He said those who were manufacturing synthetic opioids such as U47700 were not interested in the welfare of their customers but only in maximising their profits.

Mr Cornaccchia was found unresponsive on a couch by his mother Joan Deasy. He was pronounced dead at the scene.

Ms Deasy told the inquest she was aware that her son was drinking as he had come home drunk once or twice. She used to check his pockets regularly and occasionally look at his text messages but she never found anything to suggest he was taking drugs.

White powder Ryan Murphy (18) told the inquest he knew Mr Cornacchia was “taking drugs almost every day since Christmas” and he had seen him taking ecstasy, cocaine and cannabis in the weeks before his death.

He told how the night before his friend died they had texted a person they knew on the northside of Cork city and met him in a park to buy cocaine.

He said the person measured out about 3.5g of what they believed was cocaine for which they were to later pay him €200.

On the way home, Mr Cornacchia dipped a key in the bag of white powder four times and snorted the drug. Mr Murphy, who said he had taken cocaine before, took three snorts. “What we took that night was totally different to before - I got a totally different reaction.”

Mr Murphy recalled that he could hardly walk and Mr Cornacchia was similarly affected.

“Michael told me ‘I’m out of my head a small bit’. I noticed he wasn’t walking properly, he was sweating and he was wobbly on his feet.”

He said when they got back to Mr Cornacchia’s house at about 3am, they went into the sitting room. He started to feel dizzy and began sweating and was struggling to keep his eyes open. He remembered noticing before he fell asleep that Mr Cornacchia was the same .

“The next thing I remember is Michael’s mum waking me up. She was crying, she was asking me to wake up Michael. I jumped up and put on my shoes and jumper and I went over to try and wake Michael but he wouldn’t wake up.”

Assistant State Pathologist Dr Margaret Bolster said U47700 was a synthentic opioid first developed in the 1970s that was seven to eight times more powerful than morphine. Toxicology tests found levels of the drug in Mr Cornacchia’s system that were higher than in 11 other fatal cases.

She said that such a high dosage would have the effect of suppressing the central nervous system so that Mr Cornnachia would have gone into a coma and would not have suffered as he died.

Det Garda Darragh Murray told the court gardaí believed the drug was being bought over the internet from manufacturing sites in Asia.

He said gardaí had traced the fatal batch to a teenager who was later detained and supervised after he pleaded guilty to possessing a psychoactive substances for sale or supply.

Mr Comyn extended his sympathies to Ms Deasy, who had tried like every parent to ensure her son was not using drugs. He said he was coming across more and more cases of teenagers taking such drugs – thinking they were something else – with tragic consequences and that should be highlighted.