Yoga at dawn as 10,000 turn out for Galway’s Darkness Into Light 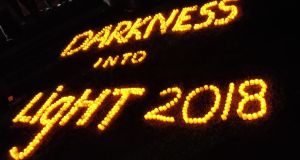 Thousands of people turned out for Darkness Into Light at Galway this morning. 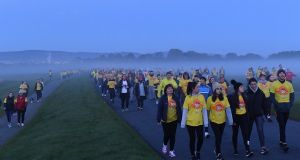 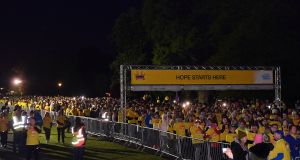 Yoga sessions in Salthill marked the start of Galway city’s Darkness Into Light event early this morning, with an estimated 10,000 people participating in the four kilometre coastal walk.

About 5,000 people had registered for the city, but over double that number turned up to offer support to those affected by suicide and to raise awareness about mental health.

There had been rumours that one Ed Sheeran might turn up for the run; if so, the singer wasn’t among the first finishers who had completed the circuit from Leisureland to the Claddagh and back by 4.30am.

Against a steady hum of generators from Pearse Stadium, where the singer is due to perform tonight, early birds were invited to stretch and bend with Yoga Shala tutors in Salthill Park.

For some, caffeine was the only answer, and there were steady queues for free coffees offered by Coco Cafe at the start.

Some participants wore LED lights, some were still in pyjamas, and some – tucked up in buggies – didn’t really have to wake up at all. Gardaí, Civil Defence, Galway Fire and Ambulance service staff, Pieta House volunteers and members of An Chéad Chath from Dún Uí Mhaoilíosa barracks lined the route, as a long ribbon extended east and as far as bleary eyes could see.

Out on the three Aran islands, several hundred walkers carried tea lights along the route — with over 100 turning out on Inis Meáin alone. Sea swimmers were among over 1,000 participants in Kinvara in the south of Galway Bay, with similar numbers in Oranmore and Headford and up to 500 in the town of Clifden.