Woman (73), who moved to Ireland when she was three, refused citizenship

‘I am distressed and I am very upset’ 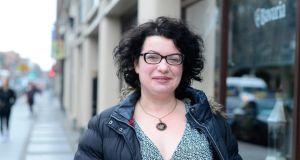 Bronwyn Walsh who was also rejected by the system: “Initially I was incredulous, I just couldn’t believe it. Now it makes you feel just unwanted.” Photograph: Cyril Byrne

Jane Dick moved to Ireland when she was three but never felt the need to swap her British passport for an Irish one. The issue simply didn’t arise until, in June 2016, the UK voted to leave the EU.

“I am European,” the now 73-year-old told The Irish Times. “I go backwards and forwards to France and now they are looking [more closely] at passports. My husband goes on and I am left standing there with my British passport.”

But for Ms Dick, it is about more than just queues on holidays. When the Department of Justice refused her citizenship application last month it was because she had accumulated 108 days out of the country in the year prior to her application.

This was mainly due to the time she spent with her son and grandchildren, all Irish, in America, an important part of retired life.

“I am distressed and I am very upset,” she said of the decision. After seven decades she has only ever known Ireland as home and must now remain within its borders for all but six weeks of the coming year if she is to be successful with her next application. The former physiotherapist spent her life working in the Irish health service and married her husband Dr Christopher Dick (75), Irish, who worked as a medic in Guinness. The pair readily admit, as if confessing, that they lived in the UK between 1971 and 1973 as part of his medical training. In retirement, they had always planned to travel.

“That was our big mistake, we should have stayed at home,” reflected her husband. “It’s like a punch card system and she fell through on the first part.”

Rejected by the system

Family too was the reason Bronwyn Walsh (48) was rejected by the system. The Australian returned home to visit her mother for her 75th birthday in November 2016.

It was the first time she had gone back in 10 years and she stayed for three months, longer than expected, to help her mother with some health issues and to sell her house.

“If I had applied [for citizenship] before I had gone to Australia I wouldn’t have had a problem,” she said of the six week rule that led to her disqualification.

“Initially I was incredulous, I just couldn’t believe it. Now it makes you feel just unwanted. It doesn’t matter what part of the community you have been, the friends you have made . . . I am not meant to be here.”

Ms Walsh explained her circumstances to the department in writing but has not heard back.

“I had a job to come back to; I have a mortgage and my husband is here, he didn’t come with me.”

She has lived in Donegal with her Irish husband Terence since 2006. It was the cost of applying for citizenship that had stopped her doing so before.

“This is home now. It wasn’t [a case of] just coming over here for a couple of years,” she said.

Maria (whose name has been changed to protect her identity) moved to Ireland from northern Italy and lived here for nine years with a break in the middle when there were no jobs.

Unsettled by the threat of an Italian-exit from the EU, she applied for citizenship “because I didn’t want to be in a position where I am in Ireland but I am not allowed to stay here”.

She believes her lifestyle demonstrates her commitment – she has learned the Irish language and volunteers in various charities and organisations.

But with 60 days out of the country in the year prior to her application, she was declined citizenship. “It might seem like a long time but this can [just] be weekends,” she said of the six week cut off.

Maria often travelled to visit Italy, as well as going on holiday. “When I got refused I just thought that it was such an injustice,” she said.

“I just thought: do I want to be here when I am not welcome by the Department of Justice? They just tolerate me.”