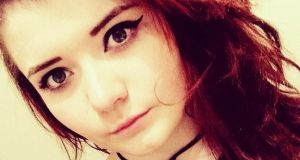 The decisions made by a winchman during a rescue operation in which a 14-year-old girl fell 45ft back into the sea as she was being lifted to a helicopter were “sound” in the circumstances, an investigation has concluded.

The teenager, Aoife Winterlich, from Walkinstown, Dublin 12, had joined the 55th South Circular Road scout group in Dublin shortly before the incident.

She was one of four members of the group who were swept into the sea on December 6th, 2015, during a trip to Hook Head, Co Wexford.

Two members of the group managed to clamber back onto the rocks, but Aoife and a boy were swept out to sea before the alarm was raised.

A report by the Air Accident Investigation Unit into the incident found that the Irish Coast Guard received a call at 2.04pm on the date in question and that a rescue helicopter in Waterford took off just six minutes later.

The report said the crew spotted two people in the water. The winchman was then deployed within one minute, and reached the water one minute later.

He found the two teenagers in the water, with the boy struggling to keep Aoife’s head above water.

“Despite the risk to himself and the lack of survival equipment, the male casualty had remained with the female casualty out of concern for her well-being and kept her afloat until the arrival of the winchman,” the report said.

Aoife was unresponsive and beginning to drift under.

The winchman decided that he should winch both teenagers to the helicopter at the same time, as the boy might not be able to remain afloat while he rescued Aoife.

He had two strops and used one for each teenager. He placed his legs around each as they were being winched to safety.

However, as the strops reached the helicopter, the girl slipped from hers and fell 45ft into the water .

“The helicopter remained in position and the male casualty was taken into the cabin,” the report said.

“The winchman was then immediately winched back down to the female casualty in the water.”

Within 31 seconds of telling the helicopter commander that the girl had slipped, the winchman was back with her in the water, records show.

The helicopter then carried the two teenagers to a nearby hospital, landing at 2.27pm.

However, Aoife subsequently died on December 10th at Our Lady’s Children’s Hospital in Crumlin.

An autopsy found she died after a period of somatic survival, having been resuscitated after a near-drowning episode.

There was no evidence of traumatic brain injury.

The investigation found that there was no advice against the winchman using the particular strop with which Aoife was lifted in situations where the person being rescued was unconscious.

“In the circumstances of this particular rescue, there is nothing to suggest that the winchman’s decision-making was anything other than sound,” the report said.

It recommended the issuing of guidance for rescue crews confronted with scenarios where there are multiple conscious and/or unconscious people in the water who require immediate rescue using strops.