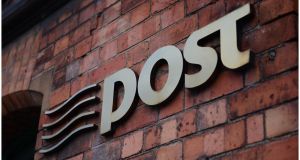 The closure of a large number of rural post offices, as well as a programme of redundancies, is expected to be part of An Post’s plan. Photograph: Bryan O’Brien

More than half of all the 1,100 post offices in the State are loss making, An Post has told the Government.

The declaration raises the prospect of the closure of far more than the 80 rural post offices previously mooted. Such a proposal will be met with furious political opposition, TDs in Leinster House warned.

An Post chief executive David McRedmond confirmed on Wednesday that the company needed to increase the price of stamps to avoid a cash squeeze in the near future, and buy time for a fundamental restructuring of the company.

The closure of a large number of rural post offices, as well as a programme of redundancies, is expected to be part of that plan, which is currently being drawn up by An Post with the assistance of consultants McKinsey.

The company declined to supply details of the profitable parts of the post office network, citing ongoing work by it and the consultants.

However, the expectation in Government, which is in regular contact with An Post management, is that the restructuring programme will involve the proposed closure of a large number of rural post offices. It is expected to be finalised within two months.

In a special Dáil debate on the potential closures, Opposition TDs excoriated the Government for neglecting rural Ireland.

“The closure of 80 post offices would be a national scandal,” Sinn Féin TD Martin Ferris said.

Several TDs pointed to the closure of rural Garda stations and pubs.

The political situation is complicated by the fact that responsibility in Government for An Post is divided between two departments and three Ministers.

Minister for Communications Denis Naughten has responsibility for corporate oversight of the company, and it was he who introduced the legislation which passed the Oireachtas this week enabling a price rise for stamps from 72 cent to €1.

Responsibility for the post office network rests in the Department of Rural Affairs, where Minister Heather Humphreys has delegated much of the responsibility to the Minister of State Michael Ring.

It was Mr Ring who answered questions during the special Dáil debate, a job he did not seem entirely happy with.

“I want to be clear. I have no statutory responsibility. Overall responsibility lies with the Minister for Communications, Denis Naughten,” he said.

When Mr McGrath said in that case, Mr Naughten should be present, Mr Ring nodded his head vigorously and said: “That’s right.”

Later he repeated that he had no responsibility for the matter.

The issue was also raised at the Fine Gael parliamentary party on Wednesday night.

Both political and company sources, however, say that post office closures and redundancies are inevitable.

An Post said it was committed to keeping a post office open in villages with a population of 500 people or more. This could leave hundreds of smaller villages facing a threat to their local post office.

“Getting the price increase was the easy bit. The restructuring will be a lot more difficult,” said one source familiar with the issue.