What do you do when your child wants to be a top footballer? 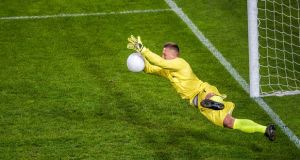 Nearly 93 per cent of under-17 internationals across Europe play their club football at home. File photograph: Getty 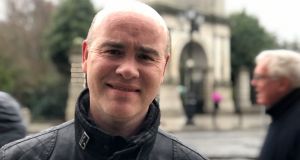 Stephen Finn: “In other countries it is not the norm to send kids away so early. We are out of kilter with everywhere else”

The Football Association of Ireland’s financial travails has dismayed and angered the public, but it will not dent the dreams of young Irish players and often their parents about pursuing a career in the professional game.

Generations of young Irish footballers have made the journey to Britain to pursue a professional career, yet most are in the dark as to the realities of what they face.

Organised by Stephen Finn, a former Shelbourne under-17 coach, sports journalist, FAI communications officer and now sports administrator, it will offer empirical, rather than anecdotal evidence about the realities to be faced.

“I could come with a thousand sob stories. I just want to see what the evidence shows us. You need to make educated decisions,” says Finn, who offers startling statistics about the realities facing parents.

Nearly 93 per cent of under-17 internationals across Europe play their club football at home. However, two-thirds of their Irish counterparts play club football abroad, far from family, relatives and friends.

“In other countries it is not the norm to send kids away so early. We are out of kilter with everywhere else,” Finn tells The Irish Times.

Of the 176 under-17 Ireland internationals between 2008 and 2013, just nine (5 per cent) went on to win full caps with the senior team. A third were never capped again at any level.

“Football is really bloody hard. It’s an incredibly difficult career to have,” he says.

English clubs provide a BTEC (Business and Technology Education Council) qualification for footballers wanting to stay in education, but it is less than the Leaving Certificate or A Levels.

“It’s not going to get you into university if football doesn’t work out. While they are providing a form of education, is it substantial enough to facilitate a kid going down the academic route if his football ambitions don’t bear fruit? These are the type of things that parents might not be aware of,” says Finn.

He says young Irish footballers should finish the Leaving Cert before leaving. The highly sought after goalkeeper Gavin Bazuna did his final exams before joining Manchester City.

Half of recent Ireland senior internationals did their Leaving Certificate. Everyone should, he believes.

“If the kid goes away with the Leaving Certificate they have something to fall back on, and it takes away a lot of the pressure because it is a very difficult culture over there.”

Former Ireland international Gareth Farrelly, who had a successful Premier League career with Everton and Bolton Wanderers, did not have his Leaving Cert when he left school at 17 to join Aston Villa in 1992.

“Lots of people told me to stay and do my Leaving Certificate, but I wanted to play football,” he remembers now.

He was offered a perfunctory education by the club in business and finance “but it was entirely tokenism”.

“We were incredibly young, naïve, and immature. I didn’t understand the value of it. To us we were just footballers.”

Plunged into a bullying culture perpetuated by the then youth team coach, Kevin MacDonald, Farrelly had “a very difficult time”.

“I was one of the first kids to sign a three-year professional contract. I had a serious injury at the start which left me out of football for nine months.”

However, he still encourages those with the skills to follow their stars.

“Go for it. If you get presented with an exceptional opportunity, go and embrace it, and give it your best. You can structure your move in such a way that your education is a part of your journey.”

He is a case in point and now practises as a solicitor in Liverpool.

Today his son Jake is at Motherwell; his daughter Rebekah is a former Irish under-19 international, and another son Jordan is currently training with Motherwell while still on the books with Shamrock Rovers.

Jake Carroll joined Huddersfield Town at the age of 22 in April 2013. He had studied for a degree in venture capitalism in Maynooth University and turned down an approach at the time from Bournemouth FC.

Since then he has sustained a career in Britain with spells at Hartlepool United, Cambridge United and currently as left-back at Motherwell in the Scottish Premiership. Along the way he has learned to cope with knocks.

“We really underestimate the changes that young Irish players have when they leave Ireland. Be careful what you wish for. It is fine if your son is Ronaldo or Messi, but the vast majority of players are experiencing far more lows than highs. You have to deal with all of those low points and to rebuild yourself to stay in the game.

“Jake says the mental side is high at 80 per cent. If you are not mentally strong enough, regardless of your ability, you won’t make it.

“It’s a very cold, calculated tough business. The mental strength of dealing with disappointment, the rejection that a lot face, and then there is the challenge of not going home to their families at the end of every day.”

His son Jake picked up a knee injury while on loan to Partick Thistle from Huddersfield. In the end his son drove “from Glasgow on New Year’s Eve injured to go in on New Year’s Day by himself for treatment. If you get injured at a club it’s a form of leprosy. They aren’t interested in you.”