‘We are down to the last penny’: Aran islanders on their pandemic year 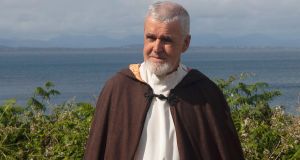 Life on the Aran Islands breeds resilience. Following a year like no other, islanders begin 2021 filled with worries and hope, but with less in reserve if the coming year brings new troubles.

Having grown up in Malahide in Co Dublin, Dara Molloy found urban life unfulfilling before he ultimately retraced the steps of his parents, who had moved from a country childhood to the city, by moving to the islands in 1985.

Molloy, who was a Marist priest at the time, quickly knew he was home. In the years afterwards, he lived in a tent; then in a hut. Later he left the priesthood. Today, he is married, with four children.

He works as a wedding celebrant on the island and on the mainland for those seeking spiritual but non-religious ceremonies. With so many weddings on hold, last year was quiet.

“I don’t think [the] next year is going to be easier. It will be a year of recovery. I can only go by my own business but all the fat we built up is now gone. We are down to the last penny,” he told The Irish Times.

“I have a car outside my house I can’t reinsure. We just have no money. And it will take time because people will have to repay what they owe.”

Events on the mainland eventually affect the Aran Islands. But in the startling year that was 2020, there was one striking distinction between the two, since the islands managed to remain almost entirely free of Covid-19.

Just one household was affected there. During the first lockdown, islanders fretted over whether they should open ferry and plane routes to summer visitors once national restrictions lifted. In the early summer, a vote was held to gauge local feelings. The vast majority of residents – some 80 per cent – wanted to keep their area closed.

“We ended up having a vote through phone messaging. I was very against that because I knew it would be divisive – and it was. We all got very angry and we all took sides,” Molloy says.

“I said I’d go with the Nphet [National Public Health Emergency Team] advice. If the rest of the country opened up, then so should we. It wasn’t going to affect me either way, but I was on the side of the businesses here. I felt we would all suffer from closing down.”

Tourism is crucial for many Aran islanders. But the water between them and the mainland offered a natural fortress against the virus. To many, it seemed foolhardy to invite strangers to walk among them. This led to a tense time in what is usually an easygoing society.

“It was indeed [tense],” says Marian Hernon. “And people were right to be concerned. Everyone is entitled to their own opinion.

“For me, I don’t think anyone has the right to deprive anyone else of an income. The difference here was that if the country was allowed to be opened up, then why weren’t we? We are part of Ireland.

“That is how we came to be open in the end. I understand the element of fear that people had. Not everyone here is dependent on tourism. Quite a lot are, but not everyone.”

Inis Mór, the main island, is definitely big enough for one ex-hermit and, it turns out, several Kiwis. Dave O'Halloran's great-great-grandfather left Ulster in the 1860s to seek his fortune in the New Zealand gold rush.

Now, O'Halloran is one of four New Zealanders living on Inis Mór. With his wife Jenny O’Halloran, he runs a seaweed-harvesting business that was started by his father-in-law, Máirtin Concannon, in 2000. The pandemic hit them like a lightning bolt.

“We were selling whole seaweed and dried and powdered seaweeds for spas all across Europe and the [United] States, and to cruise ships. And it just suddenly stopped. So we had to move back towards foods,” he says.

“We are really lucky that we have a diverse pantry of things we can harvest and because we only have myself and my wife employed at the time, we didn’t have to let anyone go.”

Usually upbeat, O'Halloran frets about the year ahead and what it will bring.

“My feeling is that [2021] is going to be really grim, you know? There is this awakening coming now that [the] new year is not going to be this switch: let’s get rid of 2020 and things will be fine. Even with the vaccine, I don’t think we will see any normality for at least nine months.”

Once the decision was taken to reopen the islands and visitors began to reappear in July, there was no acrimony. Some B&Bs stayed closed. So, too, did the American Bar on Inis Mór’s quayside. Only Joe Watty’s Bar and the Aran Hotel served hot meals.

Tourism on the Aran Islands is decades-established. Its profile is changing, with the wifi signal now enviable. Glamping is now available, too, yet the Aran experience has somehow remained unspoiled.

If anything, visiting feels like an escape, an opportunity to step back. This year, a strange thing happened. With international tourism obliterated, Irish visitors returned to the Aran Islands in volumes not seen since the late 1970s.

“As I saw it . . . people who normally wouldn’t consider staying anywhere other than five-star [settings] on the continent came to us,” smiles Grace O’Malley, who grew up in Connemara but has lived on the islands for most of her adult life.

“The facilities aren’t really here for that. But I think people were surprised by how much they enjoyed the experience here. I personally think there is a spirit here you can kind of feel. It is a good place with good people.”

With 19 staff, she was nervous of the virus. However, demand from visitors was constant. On long fine evenings, holiday-makers stood in line outside for hours waiting for a table. A fortune could have been made ferrying out drinks, but they stuck religiously to the Covid-19 rules.

Leaving people waiting so long went against O’Malley’s hospitality instincts, but everyone got fed. Every venue lacked live music, too, an abnormality on the island. But sticking by the rules kept the virus at bay, she believes.

“For bed and breakfast owners, generally speaking, this was their home they were opening up, which must have been very difficult. But I think they were just scrupulous about the rules,” she says.

“The gardaí were in frequently to us. We got one phone call one time saying that someone who ate on the deck one Sunday tested positive later. That was it.”

By 4pm the winter light is dipping and the Christmas lights twinkle. What comes in 2021 is an unwritten book, but O’Malley believes the pandemic, no matter when it ends, has permanently changed lives.

“I feel it will never be the same again in my working life . . . We used to do a lot of groups from America, France, Australia. That will be slow to return,” she says.

“This has turned the whole world on its head. The Irish we had this year were wonderful. If that is sustained, it would be great. If we can return to music sessions, even better. But I haven’t a clue how it will pan out.”