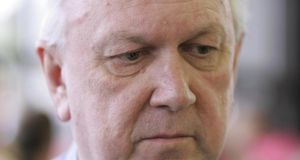 Staff in the public service represented by the Unite trade union have voted to accept the new Haddington Road agreement following a second ballot.

The union, which has around 6,000 members mainly in the education, local authority and health sectors, was up to now the only one to vote to oppose the new deal on public service pay.

However following the Government ’s move to introduce financial emergency legislation which allowed it to impose cuts in pay for higher earners and a freeze on increments on groups that rejected the deal, the union’s public service representatives revered their posi tion and “reluctantly” urged members to back the agreement in a re-ballot.

Today members of Unite in the public service voted by 82 percent to 18 per cent to back the agreement.

The union’s regional secretary Jimmy Kelly said: “Unite’s view of the Haddington Road Agreement remains unchanged. Its provisions are anti-worker and will do little to either improve the country’s economic situation or promote real reform in our public sector.”

“However, our priority is to protect our members’ interests in light of the threatened application of the (financial emergency)FEMPI legislation. It is apparent from the legal advice which Unite has received that our members would be seriously disadvantaged if we did not sign up to the Haddington Road proposals.”

Mr Kelly said that in line with motion unanimously passed at the recent Irish Congress of Trade Union conference, “Unite’s focus now will be on campaigning vigorously for repeal of the FEMPI legislation”.

The ballot result marked a major turn-around in attitudes among Unite members to the public service pay agreement.

The vast bulk of staff in the public service have now voted to accept the Haddington Road agreement which the Government has maintained will generate savings on the State’s pay and pensions bill of €300 million this year and €1 billion by 2015.

A number of unions in the education sector have yet to ballot on the agreement.