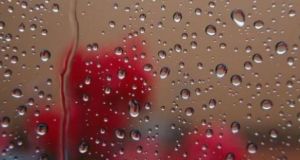 Bright or sunny spells will develop as the day progresses. Photograph: Getty Images

Around 1,500 homes, farms and businesses were without power across the country on Wednesday after overnight storms.

ESB Networks said the largest fault is in Drumcondra, north Dublin where 600 homes were without power on Wednesday morning.

“The faults are primarily as a result of lightning damage to the electricity network and crews are mobilised in each of the locations to restore supply as quickly as possible,” a spokesman for ESB Networks said.

“Real time updates are available on www.powercheck.ie. We apologise to customers impacted for the obvious inconvenience this has caused.”

Thunderstorms and heavy showers will affect the east of Ireland today but there will be lots of dry weather elsewhere, Met Éireann has said.

Bright or sunny spells will develop as the day progresses, mainly in the east and south, but further showers or thunderstorms will occur.

Highest temperatures of 17 to 20 degrees generally but a little cooler in coastal parts of the west and north. Winds mostly light, northerly or variable in direction.

A yellow rainfall warning is in place for Dublin, Kildare, Longford, Louth, Meath, Cavan and Monaghan until 2pm on Wednesday.

Liz Walsh, meterologist with Met Eireann said 11.5mm of rain was recorded at Dublin Airport in just one hour on Wednesday morning.

Thursday will be generally cloudy at first with conditions brightening up throughout the morning. Scattered showers will be most frequent in Leinster and Ulster with more persistent rain pushing to north Leinster and Ulster later in the day. Highest temperatures will be between 17 and 21 degrees.

The northern half of the country will experience persistent rain on Thursday night with generally dry conditions elsewhere. Lowest temperatures will be between nine and 13 degrees.

Outbreaks of rain in Ulster and north Leinster will clear early on Friday morning to give a bright day with sunny spells and scattered showers.

Winds will be light to moderate southwesterly with afternoon highs of 16 to 19 degrees.

Friday night will be mostly dry with clear spells at first but becoming increasingly cloudy from the west.

Meanwhile, the announcement of a six-week nationwide hosepipe ban has led to a significant reduction in water use in the Greater Dublin region, Irish Water has said, but the potential for drought remains in many areas.

“Irish Water would like to thank the public for their cooperation and the efforts they have made to conserve water in their homes and gardens over the last week and to appeal to them to continue supporting us in safeguarding water for essential uses,” a spokeswoman for the utility firm said.

Irish Water said no further water restrictions were being planned at this stage but there was no prospect of the hosepipe ban being lifted as a result of heavy rain falling in some areas in recent days.