Kathleen Chada says she would like to see independent homocide reviews 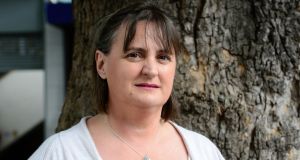 Kathleen Chada said it was important for her to remember that her sons were ‘incredibly happy boys’ who ‘had good lives right up until those last moments’. Photograph: Cyril Byrne/The Irish Times 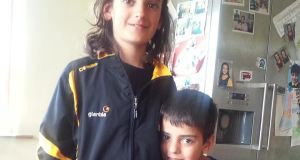 From left, Eoghan and Ruairí. Their bodies were discovered in the boot of their father’s car after he crashed near Westport. Photograph: Family handout

A woman whose husband murdered their two sons five years ago has said she still does not know why he did it but would like an independent homicide review of the case.

Sanjeev Chada (44), from Co Carlow, was sentenced to life imprisonment in 2014 after driving his sons, Eoghan (10) and Ruairí (five), to Co Mayo, where he strangled them. He then wrote a note saying: “I suppose we will always be together now in some way.”

Their bodies were discovered in the boot of his car after he crashed near Westport.

Kathleen Chada said “there still isn’t an answer” to why he murdered their children but that she tries to remember the good moments she spent with her sons.

“I have an awareness and have some of the evidence, I have a very good team around me from a legal perspective that have been able to get some of the information that I’ve needed,” she told The Irish Times at a seminar organised by Safe Ireland to mark the passage of the Domestic Violence Act 2018.

“I’ve been active about that myself but a domestic homicide review would allow an independent person to actually look at it in its totality: what led him to this; what could have changed it; what was the thought behind it because I still don’t know that.”

Ms Chada, who is in the process of divorcing her husband, said she sometimes thinks it might have been “shame” that led to his actions.

Two weeks before the boys’ murder, Ms Chada discovered her husband had embezzled more than €55,000 from the community to pay debts linked to online trading, which she said was a huge shock at the time.

Ms Chada said her involvement with Safe Ireland, which campaigns to end domestic violence, and Women’s Aid had been an “eye-opener” in terms of realising parallels between her husband’s behaviour and coercive control.

“It was incredibly subtle,” she said. “One of the biggest things for me, I would have considered myself to be less academic than him; I’m a fully qualified nurse. I would have thought of him as much more academic and therefore much more brainy and he let me continue to think that,” she said.

“When I think about it now, I would have talked about the fact that I was glad my two sons took after their father in that they were quite bright.”

Ms Chada said it was important for her to remember that her sons were “incredibly happy boys” who “had good lives right up until those last moments”.

“There’s some really tough moments and I’ve had mornings where it feels like there is literally a tonne sitting on your chest, stopping you from physically getting up and out of the bed. But I accept those moments now and I go with them,” she said.

“There’s an acceptance of the bad times and a celebration of the good ones. I make the most of the good days and I get through the bad days, I think that’s all any of us can do.”