The Question: Why wasn’t the Quebec shootings suspect seen as a terrorist?

Alexandre Bissonnette was a far-right extremist, but proving an ideological motive could be too difficult for Canadian prosecutors 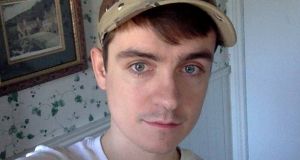 Last Sunday’s horrific shootings at a Quebec City mosque, which killed six people, was swiftly described as a terrorist attack by the Canadian PM, Justin Trudeau.

It quickly transpired that the alleged shooter, 27-year-old Alexandre Bissonnette, was a far-right extremist apparently radicalised online. But his charges relate only to murder and attempted murder, not to terrorism.

The case echoes that of Dylann Roof, the white supremacist who murdered nine members of an African-American congregation in South Carolina. Roof did not face terrorism charges, either, although he did face hate-crime charges.

There may be valid legal reasons for these decisions by prosecutors. Terrorism is defined in Canada as an act that is committed “for a political, religious or ideological purpose, objective or cause” that has “the intention of intimidating the public, or a segment of the public, with regard to its security”, according to the Canadian Broadcasting Corporation.

Bissonnette’s actions seem to fit this category, but the broadcaster suggests that the extra burden on prosecutors to prove his motivation would make such charges onerous. As it is Bissonnette faces a 150-year jail sentence if he is convicted of the murders.

In the Roof case the US attorney general at the time, Loretta Lynch, explained that “there is no specific domestic-terrorism statute” by which to charge him with terrorism, although she did clarify that the US department of justice views hate crimes as “the original domestic terrorism”.

But US citizens are seven times more likely to be killed by right-wing extremists than by Islamist terrorists, according to research by the academics Charles Kurzman and David Schanzer. Defining terrorism as an act perpetrated only by Muslims, then, is of more than mere rhetorical importance: it is dangerously misleading.