The Question: Can prequels be as good as original films? 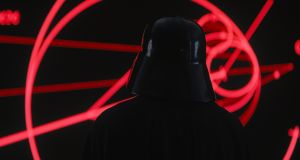 Rogue One is about a band of rebels who were mentioned in passing in the original Star Wars film. Photograph: Lucasfilm Ltd.

Has anyone characterised Christmas as the unnecessary, contrived prequel that Easter never needed?

Probably not – one of the underappreciated qualities of Christianity is the fine balance in the Jesus story between the beginning and the ending.

The baby in a manger becomes the prophet on a cross, and neither has quite the same narrative power without the other.

Unnecessary prequels, it would seem, are a modern phenomenon, the product of the all-consuming movie franchise, where no beginning is just a start, and no ending is actually a conclusion – everything is merely a gateway to another chapter.

The conundrum is made clear by the slightly underwhelming appearance of Rogue One: A Star Wars, the latest instalment of the Star Wars universe, telling the story of a band of rebels who are mentioned in passing in the original Star Wars film, and whose bravery in obtaining the plans to the Death Star allowed Luke Skywalker to blow that thing to smithereens.

Rogue One avoids many of the narrative travesties that afflicted George Lucas’s trilogy of prequels, an epic cinematic failure that undermined rather than enriched the original trilogy.

But while Rogue One is adequate as blockbusters go, it doesn’t add much substance either.

Instead, it exists as a rather ornate and attractive fan service, filling in prior plot holes rather than paying attention to its own story.

However, its success as a prequel to Part 1 is almost entirely due to the way it is deftly intertwined with the sequel to Part 1, with each part informing and illuminating the other.

In that delicate interplay, we see perfected the art of extending a story backwards and forwards.